Missoula Officer named Ranger of the Year
By Moosetrack Megan

Ranger Kelly Cole of Missoula was recognized this week as the Bureau of Land Management Office of Law Enforcement and Security 2018 Ranger of the Year. Cole received the award during a ceremony Monday in Washington, D.C., which was part of the bureau’s observance of National Police Week. 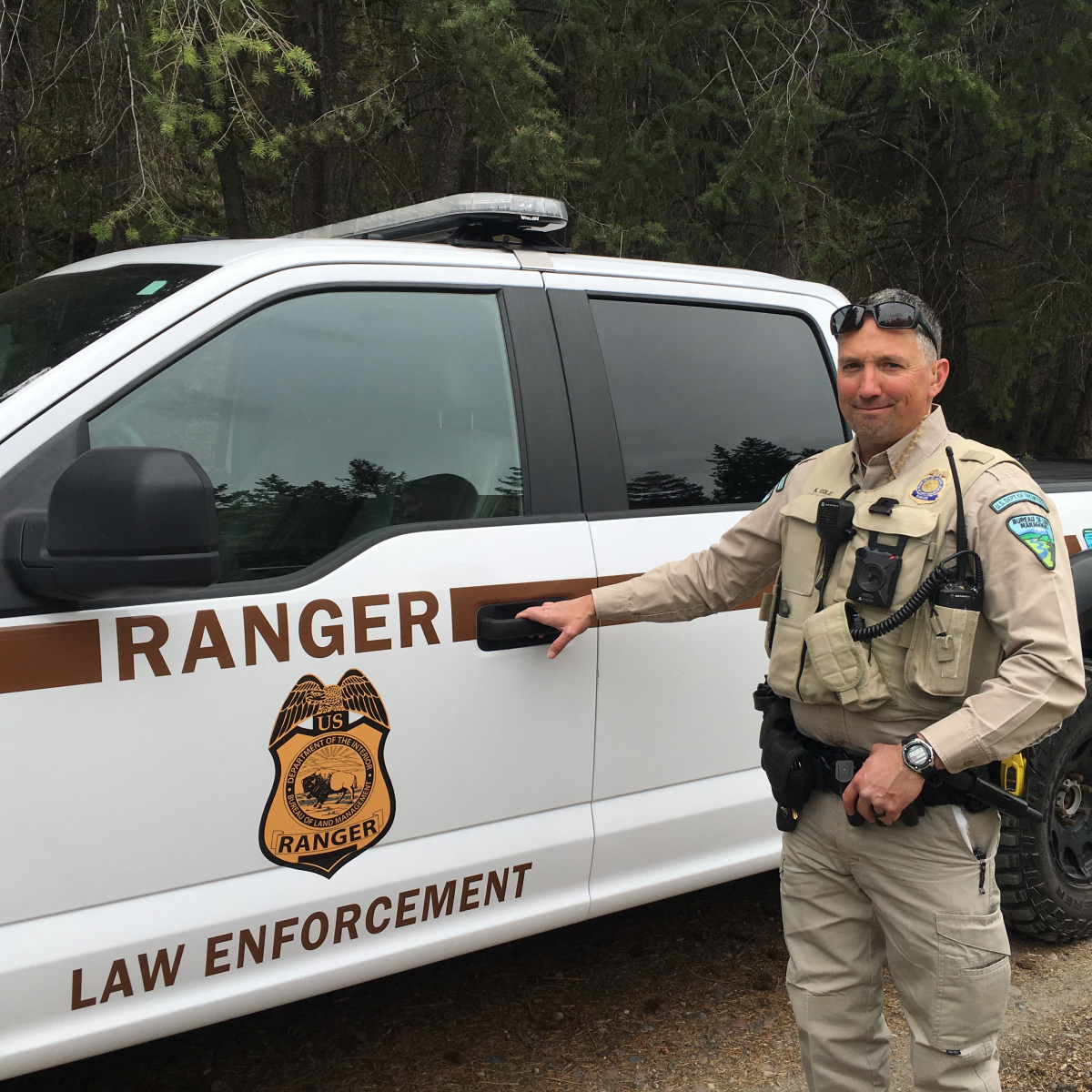 Cole was presented the award by Director of Law Enforcement William Woody, who noted that Cole served as the acting Montana State Chief Ranger, is a trusted member of the local law enforcement team.

“Ranger Cole’s peers nominated him for this award,” said Woody. “That says volumes about his character. His peers describe him as always available and that everything he does is top-notch.”

“Year after year, Kelly travels all over the U.S. to train our newest rangers. Last year, he trained more people than anyone else,” said Woody. “That means Ranger Cole will  have more of a lasting impact on the future of law enforcement in the Bureau than anyone else.”

In November 2018, Cole responded to a county sheriff call where an irate man was threatening violence. Cole asked for a chance to speak with the distraught man and successfully talked him down, resolving the incident peacefully.

The BLM is truly fortunate to have a dedicated public servant and law enforcement professional like Ranger Kelly Cole in its ranks.

The BLM manages more than 245 million acres of public land located primarily in 12 Western states, including Alaska. The BLM also administers 700 million acres of sub-surface mineral estate throughout the nation. Diverse activities authorized on these lands generated $96 billion in sales of goods and services throughout the American economy in fiscal year 2017. These activities supported more than 468,000 jobs.