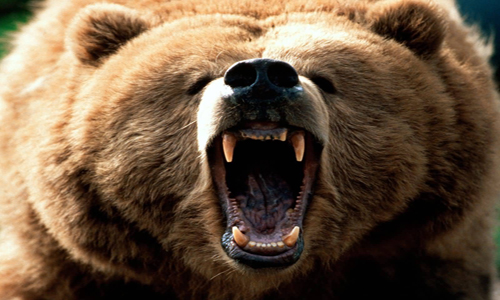 Making all the stops along the way
By Hookemharry

I like to travel from border to border in Montana throughout the year. And, typically, I’m in a hurry to get to a fishing spot, hunting area or some event.

On these trips, I saw all the signs promoting museums and points of interest along the way, but never took the time to stop at them.

Last week was different. I had Maris, my nine-year-old daughter and William, my six-year-old son with me.

The idea for the trip started with young William’s fascination with dinosaurs. He loves learning about them and I kept telling him that I would take him to the Fort Peck Interpretive Center that features a life size mount of T-Rex, a huge tyrannosaurus rex.

The town of Fort Peck is about 550 miles away from Missoula, so in between I thought it would be fun to stop into some of those places along the way that caught our interest.

So on last Tuesday afternoon, we started our journey along Highway 200. First stop was the Wolfkeep Wildlife Sanctuary. Located right across the Blackfoot River corridor off mile marker 11, only 16 miles from Missoula. I can’t tell you how many times I have driven by wondering what the place was all about.

So we saw live wolves for the first time in Montana and after 30 minutes, we headed down the road.

Next stop was just outside Lincoln where you can see a full-body mount of a 12-year-old, male, 830-pound, eight-foot-tall grizzly bear that was killed when it got hit by a pickup truck in 2007.

Next stop the Lewis and Clark Interpretive Center in Great Falls. A one-hour anticipated stay turned into over three hours as we learned about their great journey, which also included how to start a fire without the aid of matches and how to make rope out of Indian Hemp.

Our travels took an unexpected detour as we decided to stop into Fort Benton and toured the Upper Missouri Breaks National Monument Interpretive Center. There we learned about steamboats and the animals that call that region their home.

Then we stopped at the Museum of the Upper Missouri just down the street and heard Twenty Tall Tales that were informative and entertaining.

It was on to Havre and the interesting guided City under the City Tour. The next day it was down Highway 2 with stops at Phillips County Museum and Great Plains Dinosaur Museum and Field Station located right next to each other.

After Glasgow, we made it to Fort Peck where we found the Fort Peck Interpretive Center to be fascinating. We toured the Fort Peck Dam Powerhouse and headed back home on less-traveled highways that take you such metro towns as Judith Gap and Martinsdale.

We saw the wind farm south of Judith Gap where electric generating windmills stand tall as far as the eyes can see.

Out last stop was the Old Montana State Prison self guide tour in Deer Lodge.

In the course of our travels we found out first-hand some of the reasons Montana is the Last Best Place and as a added bonus it cost less than $500 which included the cost of gas, food, and lodging, made possible by the use of a tent and Montana hospitality along the way.