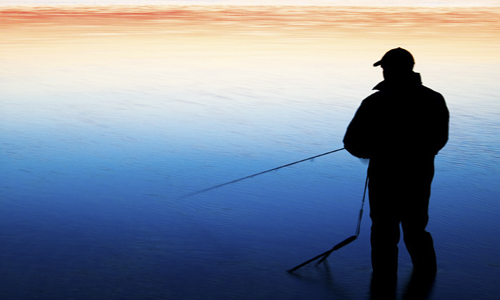 Some great fishing remains at Holter
By Hookemharry

We’re getting to the season when there are so many things to do in the outdoors that it’s hard to decide how you’re going to have your fun. Fishing is good. New hunting seasons seem to open with each passing week.

Last week, I met Wayne Knudson, from Seeley Lake, over at Holter Reservoir and we fished Monday and Tuesday. The end result was a couple of great fishing days and the spectacular scenery of the Gates of the Mountains.

Holter is the kind of lake in Montana where you get to fish for both trout and walleyes. At this time of year, a lot of anglers are successful when they fish for both on the same day.

The trout are nice – two to four pound fish – but the walleyes are small, many running only 12 to 13 inches in length. We had good success trolling about two miles per hour for the trout and the walleyes were biting on jigs and spinners, both tipped with a nightcrawler.

Then, on Saturday, it was on to the Mission Valley and the opening of waterfowl season in Montana. The annual Goose Blind Broadcast that we did on the Montana Outdoor Radio Show went off as if it were according to a script, thanks in large part to Jaye Johnson of Charlo.

Legal shooting time was 7:38 a.m. and within a few minutes came three geese, as if they we were trained to come in. Then, we had a larger flock come in and they were shot at by the 15 hunters in the blind. Both shoots were live on the radio statewide.

I handled the goose blind play by play, if you want to call it that, and you may listen to the action when you log onto www.montanaoutdoor.com . You may also view the Goose Blind Broadcast hunting party and the geese as well as get a good look at the decoy spread that we used to lure the geese in on opening day.

All in all, we totaled 21 Canada geese and a couple of mallard ducks for our efforts.

This week, my son Harry and I are off to Brusett in eastern Montana for the opening of pheasant season on Saturday and then antelope season on Sunday.

We will be broadcasting the radio show live Saturday morning from Marvin and Connie Loomis’ home. The 700 hunting district is where we will be hunting and the hunting forecast for that district is good.

Besides the antelope tags that were drawn for, Montana Fish Wildlife and Parks sold an additional 10,000 doe/fawn tags to hunters who drew a tag in the special drawing.

The pheasant population in Eastern Montana is reported to be good so we will look for a good pheasant and antelope opening.

Closer to home, the pheasant population seems to be down by the Ninepipes Refuge. “I have not seen very many birds this summer,” said Johnson who operates a farm nearby.