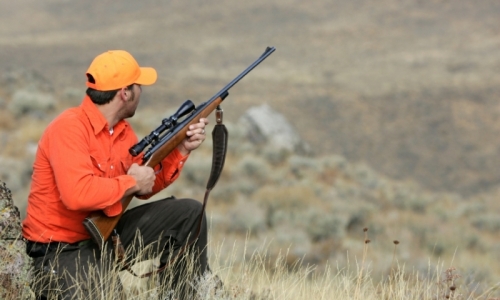 Not good to be in the Majority this year
By Hookemharry

Sometimes it is not good to be in the majority. That was the case this past weekend for me. Every year the percentage of successful hunters that go through a Montana Fish Wildlife and Parks hunting check station is in the minority. The percentage of successful hunters usually comes in at around five to eight percent. That percentage holds true unless you are hunting in Region 5 where the over thirty percent of the hunters have normally check game. The numbers in that Region are aided by the antelope harvested in addition to deer and elk. In any case as you probably know by now I was not successful this past weekend. I hunted elk in Southwest Montana where the elk harvest was up compared to 2009 with 178 elk harvested. The largest number of elk that were checked through in Region 3 was at the Silver City hunting check station with 45. All the hunting check stations around the state reported hunter numbers up and for the most part animals that were checked through by those hunters up. However, this year the numbers are aided by the extra day hunters had this year with the season opening on Saturday instead of Sunday. Next weeks hunting check station numbers should be a better comparison of how things are shaping up for 2010. In Region 4 by Great Falls the number of elk and mule deer taken by hunters opening weekend was right on target on the Rocky Mountain Front, while white-tail deer totals were down slightly. “Elk harvest was right about average for the opening day”, said Brent Lonner, Fish Wildlife and Parks wildlife biologist, “but the whitetail harvest was a little down”. Closer to home in Western Montana hunter numbers were also up and wild game checked through the hunting check stations also saw an increase over 2009.

The general rifle season for deer and elk actually kicked off last week with a youth deer hunt on Thursday and Friday. “We had a number of young hunters bring in deer on Thursday and Friday,” added John Peterson owner of H and H Wild Game Processing in Missoula, “all the young hunters were really excited for many of them it was their first deer”. Then on Saturday Montana hosted its first deer and elk rifle season opener to be held on that day in recent years. By all accounts the hunters really enjoyed the extra day. Where I hunted in Southwest Montana it seemed to me that there were more hunters this year than last. That was a little surprising to me since that in the area that I hunt there were 1000 less cow elk permits given out. There were more hunting camps and more hunters probably due to the extra day hunters could spend hunting. I also think that another contributing factor was that the youth hunters had Thursday and Friday off from school across the state. That made for more time for parents to spend with their kids in Montana outdoors during a four day weekend.