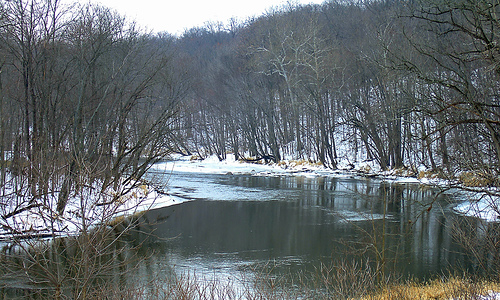 Fishing picks up in Febuary around Montana
By Hookemharry

It is finally February! I don’t know about you but this year January seemed like it went on forever. This is the month that anglers can compete in ice fishing derbies and start to look forward and plan for the many open water fishing tournaments that will take place in Montana later this year when things warm up.

The 8th annual Perch Pounder got underway Tuesday up in Region One. Anglers can fish all the waters in the Northwest part of Montana in that region. The Perch Pounder runs until February 26th. Anglers can register at the Scoreboard Pub and Casino in Kalispell or call Gene Fincher at 406-261-6445 for more information. Also coming up this month in Region One is the McGregor Lake fishing derby. The fishing derby will take place on Saturday February 12th on McGregor Lake. Closer to Missoula and later this month the Perch Assault will take place on Lake Mary Ronan the weekend of February 26th.

Fishing reports are rolling in every week. Chauncey up in Kalispell reports that Bitterroot Lake is producing some catches of kokanee. “I recommend going shallow for the smaller fish and if you want to try and catch some kokanee in the 2-3 pound class you will have to fish in about 200 feet of water”, said Chauncey. Chauncey and his son fished Lake Mary Ronan recently and caught some nice 8-9 inch perch in about 30 feet of water of from Camp Tuffit. Anglers fishing from boat are catching lake trout on Flathead Lake. “Anglers have the best luck are fishing in 100-140 foot of water”, said Chancy.

The whitefish river fishing on the Bitterroot River has been spotty. Como Lake down by Hamilton has been good for trout according to Mike from Bob Wards in Hamilton. “They are doing the best in 15-20 feet of water close to the dam”, added Mike, “I have had reports that anglers are doing well on trout on Clark Canyon Reservoir down by Dillon”. Anglers have also been catching some ling out Clark Canyon.

Georgetown Lake has been getting better for salmon and trout fisherman. “The kokanee are starting to school up and anglers are having success about 2 to 3 feet below the ice for the smaller ones and going deeper for the bigger ones”, reported Bill Brown from Bob Wards in Missoula. Browns Lake is picking up a little for ice anglers fishing for trout. White marabou and rocker jigs seem to be working in 7-8 feet of water just off the boat ramp. Anglers using egg sack just off the bottom are also doing well on Browns Lake. My son Harry Ward, Kjel Olson, and Greg Leberko fished Browns Lake with Jim Johnson from Lincoln. You can view that ice fishing video and see how they did by logging onto www.montanaoutdoor.com

Ice conditions are good on many lakes but with a change in weather ice conditions can deteriorate quickly so use caution.