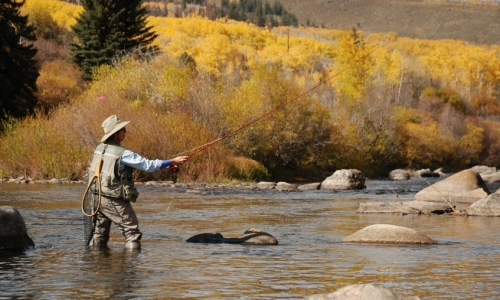 Getting Ready for the 2012 Montana Fishing Season
By Hookemharry

This Saturday May 21 marks the opening of fishing season in Montana on rivers and streams. The predicted record spring-run off will keep most of the anglers off the main rivers for a while. Most of the river anglers will be fishing their secret back waters while others will resort to lake fishing.

A couple of lakes that are popular with local anglers in Western Montana also open this Saturday. Georgetown Lake is open except for the south and east shorelines check your 2011 Montana fishing regulations for the boundaries in that area. Kokanee salmon has no daily or possession limit and you can keep five trout daily and in passion, only two of which may be brook trout on Georgetown Lake. Lake Mary Ronan is also open this Saturday. This popular lake located just west of Flathead Lake had a great kokanee salmon season last year. It started strong last year on opening weekend and continued for a few weeks. The salmon were bigger and they were on the bite. Swedish pimples with a glow hook tipped with maggots and white corn work well for the salmon. Some anglers do well with a piece of raw shrimp too! Lake Mary Ronan has a daily limit of 10 salmon and a possession of 20 salmon. If you would like to view a video of salmon fishing on Lake Mary Ronan then log onto www.montanaoutdoor.com  The video shows how, jigging with light tackle and developing a touch for the salmon bite, are the keys to catching more fish.

The perch bite in the East Bay of Flathead Lake has been good but may be winding down. Last week Dick Zimmer and I fished for perch and caught 48 keepers while throwing back three times that number. We fished in 4 to 6 feet of murky water using two hooks tip with a half of nightcrawler. The fish were spread out in the bay with the bigger ones on the bottom in weeds. Using a bobber wasn’t as effective for us as fishing on the bottom.

There have been changes in the fishing regulations for the Western District most of them are concerning the possession limits of trout in some rivers and lakes. Check the 2011 Montana Fishing Regulations for more information.

After a day of fishing on opening day plan on stopping by the Montana Sportsman for Fish and Wildlife (MT-SFW) fundraiser at the Missoula County Fairgrounds this Saturday May 21st. The non-profit organization which formed a year ago in Montana already has over 600 members. “This event is a fundraiser but also a thank you to our members for their support in our first year”, said Bill Merrill MT-SFW President. Rusty Wickman will be the Master of Ceremony and Shane Clouse and Stomping Ground will be playing starting at 9pm. The event starts at 4pm with a pig and chicken roast served at 6pm. Tickets are $20 for non-members and $15 for members. Call 880-2242 for tickets and information.