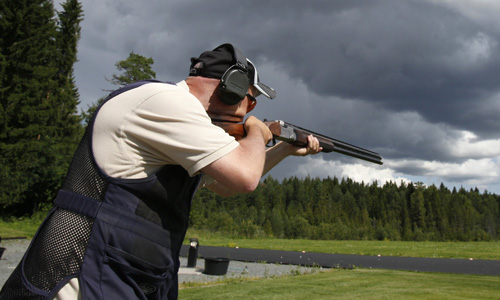 This Sunday is Mothers Day so here is wishing all the Moms have a great day! This weekend is also time for a major trapshooting tournament in Missoula. The 29th annual Ron Hoppie Memorial Trapshooting tourney stats Friday and concludes on Sunday. “It has become the largest trapshooting tourney in the northwest, and is the only independent All-America points tourney in the region”, said Steve Sautter, a Missoula Trap and Skeet club spokesman. What makes it one the largest is the 300 competitors who come from all over the U.S. and Canada. They compete for $8000 in trophies, as well as numerous prizes and lots of cash. It’s a good event for the local economy. The shooting starts at 10am Friday and the public is invited to come out and watch some of the best shooters in the country. If you would like to know more about the Ron Hoppie Shoot or just general membership info about the Missoula Trap and Skeet Club call Sautter at 406-544-3751.

It will be a busy time this weekend in Missoula. The Five Valley Chapter of the Rocky Mountain Elk Foundation will have their annual banquet this Saturday night May 7th at the Hilton Garden Inn in Missoula. For tickets call Stacey Nelson at 406-493-1262.

The month of May is bringing with it some good spring fishing news. One sure sign of spring is the perch bite in East Polson Bay on Flathead Lake. “The perch are biting, there are a lot of small ones, about two out of ten I catch are big enough to keep”, said Jens Gran who lives on Bird Point on the south side of the lake. The perch bite has been on for about a week and should continue at least for another week.

The northern pike bite is still fair on the lower Flathead River according to Bill Brown from Bob Ward and Sons in Missoula. “The ice is off of Harpers Lake and I understand that FWP put some trout in the lake recently you might take the kids and do a little shore fishing”, said Brown. The ice is off from the shore on Browns Lake but the lake still has ice on about half of the lake as of Monday. It should be coming off soon if the weather continues to get warmer. That is also a fun place to take the kids. They can watch some huge trout cruise the shoreline and if they are lucky they might even hook into one of those Brown Lake monsters. The trout fishing continues to be very good for boat trollers on Holter Reservoir. Brown trout and orange and white rapalas are working well. Trout seem to be close to the surface in about 5-10 feet of water.

The Clark Fork River has been active with the blue dun pattern working well according to Brown. Nymph fisherman are doing well on Rock Creek east of Missoula according to the fishing report on www.rcmerc.com The purple prince nymph and the san juan worm patterns continue to be effective on Rock Creek.