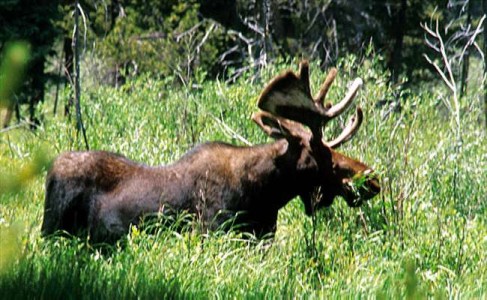 It is now official!  The Montana general rifle season for deer and elk got underway last weekend.  Two days prior to last Saturdays opening Montana had a youth two day hunt for deer only. By all accounts it was another successful attempt to get kids involved in hunting. As the youth learned getting prepared to go is part of the hunting process, which of course includes sighting in your rifle.

Chances are you probably sighted in your rifle at one of the areas shooting ranges before heading out in the field. And it is a really good chance, if you are like me, that you probably used the Deer Creek Shooting Center near East Missoula. In 1975 the Western Montana Fish and Game Association (WMFGA) began building and improving the Deer Creek Shooting Center.  The facility has come a long way since then to serve over 2200 Missoula area sportsman and women that can enjoy the state of the art shooting ranges year round. The history of the WMFGA itself goes back even further than the shooting center. The non-profit organization was started 100 years ago. Back then it was created as part of Montana’s response to a conservation movement, advocated by President Theodore Roosevelt the 26th President of the United States. Today along with operating one of the premier outdoor shooting facilities in the Northwest WMFGA also promotes the sports of hunting and fishing, wildlife management and   provides education to its members concerning hunting, fishing and wildlife issues. On Friday November 11 they will be celebrating their Centennial with a celebration at the University of Montana UC Ballroom. The evening will start at 6pm. The banquet will be served at 7pm followed by a dance with live music provided by the Mark Duboise Band. There will be drawings for three Commemorative Firearms one of which includes a 30-30 lever action Henry Golden Boy Centennial Rifle.  Tickets for the banquet can be purchased for $35 each on www.griztix.com  on or before November 4th. “Everyone is invited to join with the Western Montana Fish and Game Association and celebrate our 100 years of wildlife legacy by acknowledging the contributions made by sportsman and sportswomen that have resulted in Montana’s diverse wildlife populations,” added Jim McDonald, WMFGA President, “as well as the rich traditions of Montana’s hunting heritage”.  Sounds like it will be fun evening to  support a great organization.

Lake fishing continues to be good this fall. The lake trout fishing has been excellent on Flathead Lake. Bob Orsua from Mo Fisch Charters reports that they have been catching good sized lake trout off Angle Point and between Cedar and Shelter Island. Troll spoons in the perch pattern, or flashers with white streamer flies. The fish seem to be concentrated in 80 to 100 feet of water. Orsua also reports that the whitefish should start their fall run up the Flathead River. Fishing should be good in the next two weeks.