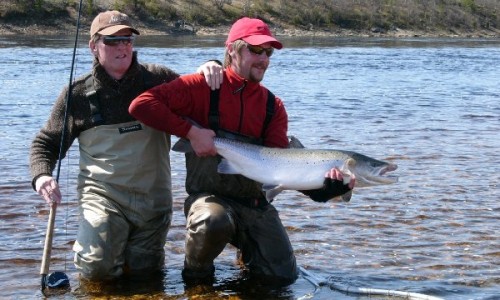 Captain’s Column: Plenty of Hunting, Fishing to do this time of year
By Hookemharry

Sportsmen and sportswomen don’t need any excuse to spend time in the outdoors this time of year – there’s plenty to do!

Elk and deer hunters are out looking for game, and with just over two weeks left in the season most are hoping for some cold, snowy weather. That type of good hunting weather might be moving in this weekend.

Waterfowl hunters have been having a great year so far, but they are also hoping an arctic blast up north will move some northern ducks and geese into Montana.

The latest report out of Freezeout Lake near Fairfield indicates that the majority of geese and swans have not started to move south yet. They use Freezeout Lake as a stopover until it freezes, then fly farther south. As of last week, there were fewer than 2,000 snow geese and 1,000 swans, according to the latest report from that area. In past years, Montana Fish, Wildlife and Parks has counted as many as 30,000 snow geese and 10,000 swans there.

Monte Turner of Tarkio and Mike Willumsen of Missoula bagged a nice swan last weekend. You can view pictures from their trip at www.montanaoutdoor.com.

FWP updates the Freezeout report as the weather changes; call (406) 467-2646 to listen to the recording.

Pheasant hunting in the Freezeout area this fall has been reported as poor.

Waterfowl hunters in western Montana report good bird numbers, but they are also waiting for some northern flights to land in the area.

Don’t put away your fishing rod yet, especially if you like to fish for steelhead, whitefish and lake trout.

Reports have been very good so far on steelhead fishing in Idaho.

“We had a good weekend as we ended with seven in two days,” said Tom Steinbrenner of Missoula.

Steinbrenner and two other anglers fished with bobbers and jigs tipped with steelhead roe five miles above Orofino, Idaho, on the Clearwater River.

“We would float down and anchor by some holes that I know,” said Steinbrenner.

Fishing in the Kooskia and Kamiah area has also been very good, according to Steinbrenner.

Fly fisherman are also have some success catching steelhead, according to the fishing report from www.clearwaterrivercompany.com. The report says it seems that patterns with copper and a hint of orange are working best. Favorite patterns were muddler minnow variations with a hint of orange in size 6-8.

The weekly report goes on to say that gear anglers fishing from boats should look for side drifting and back trolling for best results. For more information call (503) 349-4999.

North of Missoula, the whitefish fishing remains very good and should only get better.