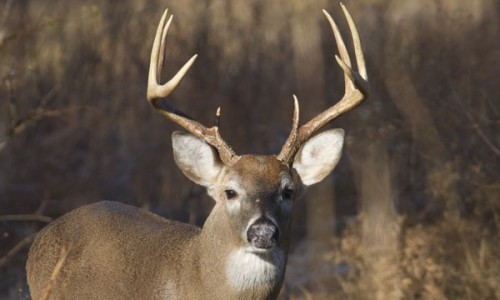 Deer Harvest Picks Up in Final Days
By Hookemharry

Region 2 – Deer harvest picked up pace in the final week of big game season in west-central Montana, bumping check station reported harvests closer to 2010 than they were mid-season.

“It was a busy final week of big game season this year, both in hunter numbers and harvest,” says Mike Thompson, Montana Fish, Wildlife & Parks Region 2 Wildlife Manager. “We had a really slow mid season, but in the end, a lot of hunters decided to give it one more go last week, and the deer rut made conditions just right for upping the deer harvest during the final days of the season.”

For the season, region-wide check stations totals show a reported harvest 12 percent under 2010 totals for mule deer and 14 percent below for whitetails, and even further below the long-term average.

“We would have been a lot further behind if we hadn’t has such a good fifth week for deer,” says Thompson.

Thompson says that he expected deer harvest to be lower than the long-term average, due to low deer numbers in some parts of the region and corresponding limitations in antlerless hunting opportunity to help those numbers bounce back.

No place feels the tightening of the regulations more than the Bonner hunter check station where mule deer and whitetail harvest this year was half of what it was just three years ago.

“Season totals for mule and white-tailed deer harvest were significantly down again this season at the Bonner check station,” says FWP wildlife biologist Jay Kolbe, “Still, we checked some great white-tailed bucks during the last weekend and enjoyed seeing a number of youth hunters with their first elk or deer.”

Region-wide, elk harvest finished slightly below 2010 and 25 percent under the five-year average. Elk hunters did not see the same bump in harvest during the final week.

“Reports from hunters indicated that there was snow up high, but not enough to move the elk down to areas where they were more accessible,” says Thompson, “And those hunters that did make it to those areas found crunchy snow that made hunting really tough.”

The Anaconda hunter check station had the best season-end harvest numbers for elk. Ninety elk passed through the station this year—the highest reported since 2000 when the station tallied 98 elk. The station’s average over the past 30 years is 72 elk.

Overall, nearly 8 percent of hunters that passed through one of the three hunter check stations harvested deer or elk this season, up from 7 percent last year.

Hunter success was higher still on FWP’s Fish Creek Wildlife Management Area and surrounding public lands during the final weekend, where 14 percent of hunters passing through a new experimental game check station at the mouth of Fish Creek in Mineral County had a deer or elk in tow. FWP wildlife biologist Vickie Edwards tallied 420 hunters with 52 white-tailed deer, 6 mule deer and two elk on the last weekend.