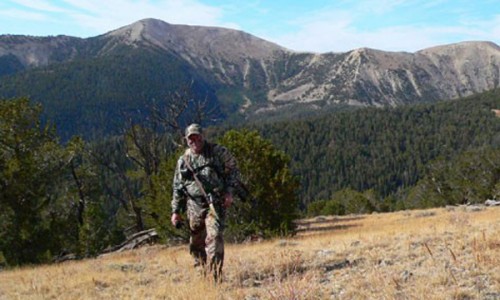 Region 2 – Mid-season figures compiled from west-central Montana hunter check stations show less hunters in the field, an elk harvest on par with last year and deer totals that are lagging behind.

Only three elk and 41 deer passed through the Bonner station over the weekend, and hunters and biologists are waiting to see if the winter weather and deer rut will spur more harvest in the last two weeks of the season.

“We’re on the leading edge of the first winter storm of the season, which can get animals moving around,” say Mike Thompson, FWP Region 2 Wildlife Manager. “If we get the dump of snow that’s predicted, we should see some elk migrations.”

The Darby station, which checks hunters from the southern Bitterroot and parts of the Big Hole Valley, has also been slow. Elk harvest, which started off strong due largely to hunter success in the Big Hole Valley, is now tallying in slightly behind last year and 25 percent behind the five-year average.

Harvest numbers and hunter participation have been strongest in the Upper Clark Fork near Deer Lodge and Anaconda, where elk populations are at historic highs. The Anaconda station is reporting 61 elk so far this year, compared to 46 last.

Wildlife biologist for the Upper Clark Fork, Ray Vinkey, reminds hunters that the elk in some areas often concentrate on private lands where hunters must have permission.

Hunter check stations are also tallying the wolves that happen to pass through this season for the second time in Montana history. Hunters have taken 73 statewide since archery season opened Sept. 3, and 16 of those were harvested in west-central Montana’s Region 2. The state quota is set at 220 wolves, and hunters must report their wolf harvest within 12 hours.