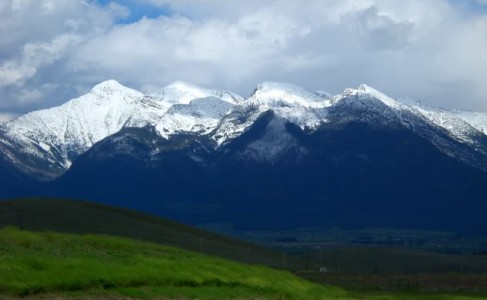 Captain’s Column: Looking Back on 2011
By Matt Schauer

With a new year just around the corner, it’s a good time to take a look back at 2011. There were some firsts and a couple of milestones along the way for me.

Last January, Jim Johnson and I went over to Fort Peck Reservoir to ice fish. Eastern Montana had received a lot of snow, so much that it made it tough to get out on the frozen lake. It was a trip full of adventure and very little fish catching. We got stuck in a snowbank on the road going into the lake and only caught one walleye in three days, but we did see a lot of wild game, from antelope to elk to mule deer.

A couple of weeks later, Johnson and I headed to Idaho to fish for steelhead. That fishing trip had a lot less adventure and a lot more fish catching. It was the first time I had the opportunity to fly-fish for steelhead. Needless to say, catching one of those fighters on a fly rod was a great experience.

The month ended with a trip to Billings for the Great Rockies Sport Show.

February was much of the same outdoor activity as January with the exception of spending a week in Hawaii. The change in temperature and sun were welcome changes. I really enjoyed myself with my girlfriend Berny and my brother Dan and his wife Mary.

During the month of March, I kept busy with some great alpine skiing, yet another Great Rockies Sport Show – this time in Kalispell – and Johnson and I went back to Idaho for some more steelhead fishing to the Clearwater River.

In April, it was off to Glasgow to emcee the local Walleye Unlimited banquet. While I was there, the banks of the Milk River were running over.

The month of May was the month I started to fish open water. My first fishing trip was to Fort Peck Reservoir for the Rock Creek Tournament. The winning team caught 10 walleyes that weighed more than 85 pounds together. From there, I went farther east to South Dakota to fish Lake Oahe on the Missouri River and help my brother Dan celebrate his 50th birthday.

At the end of June, I was back on Canyon Ferry Reservoir for the annual walleye tournament.

In July and August, I was busy fishing across the state, from Fort Peck to Flathead Lake. We had great days fishing for walleye, northern pike and lake trout.

Then in September, I shot my first elk with a bow thanks to Kelly Burke of Glasgow. That trip was one of the best hunting trips I’ve ever been on.

October started off with a bang with the annual Goose Blind Broadcast, then it was off to South Dakota to celebrate my mother’s 80th birthday and take in a little pheasant hunting with my family, friends and cousins while I was there.

November saw milestones hit for the Montana Outdoor Radio Show and our Facebook page. We are now heard on 21 radio stations every Saturday morning and proud to share our information on Facebook with 3,280 fans.