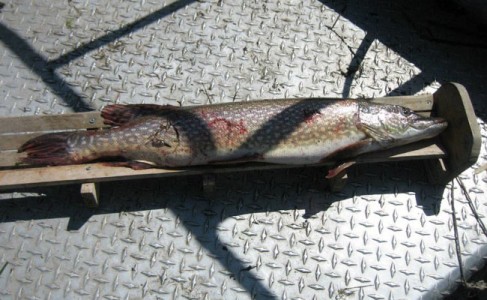 Montana Fish, Wildlife and Parks northern pike suppression program on the Missouri River got a big boost from Mother Nature last spring. The agency decided to pursue the predacious fish over several years on the Missouri from Canyon Ferry upstream in an attempt to keep pike numbers low. That’s because pike are not native to the waterway and could raise havoc with native fish. Although netting and electro-fishing began this spring, there were few fish to capture above and below Toston Dam because last spring’s high water seems to have flushed the fish eastward. Anglers are also being encouraged to keep any pike they catch in the Missouri with new liberal limits. For more on the story, see the Gazette’s Outdoors page on Sunday.

This post was provided by Brett French, Outdoor Editor at the Billings Gazette.