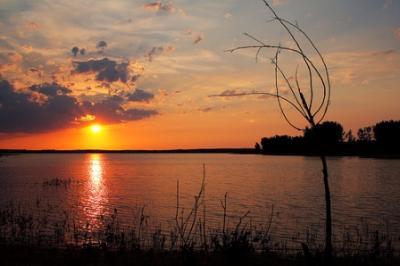 Long story short, it was a great tournament. The final day saw some teams really struggling yet others had a great day which is fairly typical of tournaments as a result of fishing pressure and changes in the weather, etc.

Top honors went to the team of Luckie Bethel and Bob Sherer with a total of 22.42 #’s. Bob and Lucky had a great day, with the best weight of the day of 12.24 #’s with 5 fish. Between the day money and final payouts they netted some$2500 in cash payouts, plus the Top Lund award of $500, a Townsend Marine voucher worth $500 on a qualified purchase, a Navionics HotMaps Platinum West card, 2- $50 gift certificates from Mack’s Lures, and a $30 Rock Chip repair voucher from Falls Auto Glass in Great Falls.

The leaders on day one, Robert and Daniel Rooney had a very tough day, not weighing a fish so they dropped to 29th place overall. Actually the fishing was a lot tougher for most of the field on day 2 with only 31 teams weighing 5 fish. Yet only 4 teams had zero on day two and one of those did not make it out and another had motor troubles and were towed in.

The tenth place team of Ray Cole and Steve Thomas weighed a total of 17.32 #’s so the race was pretty tight.

Cool Under Pressure Award went to the team of Jim Lindquist and Mark Magers — receiving a set of trailer tires from A-Z Tire.

Hardest Charger Award went to the team of Dave Jones and Scott Huntly — winning a pair of Scheels “shorty” trolling rods/combos with a nice line counter reel spooled with lead core from Scheels in Great Falls.

The Largest Walleye award went to William “Jake” Monroe and Jason Hernandez with a 3.38 # walleye.

Largest Northern paid out $820 each day — and Largest Walleye paid out $910 each day.

The Dinosaur Award was won by Luckie Bethel and Bob Sherer — which they donated back so it went to a random draw to Clyde Dobek.