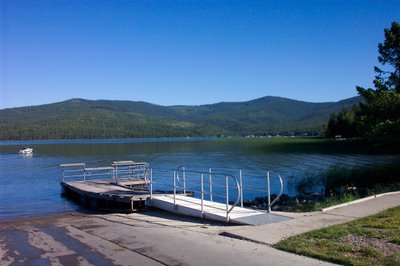 The weather in Western Montana has been a mix of a little bit of everything lately. The up and down barometric pressure certainly has its affect on the fishing. The last time I was on Lake Mary Ronan (a week ago) the fishing was slow for me. Jim Chinn and his son-in-law however ended up having a pretty good day fishing for kokanee salmon last Tuesday. Jim made a post on our facebook page yesterday about his trip that he took last Sunday to Lake Mary Ronan.    —

From Jim Chinn from the Flathead reports… “Captain,  We, (son in law and two boys), were back on Mary Ronan on Sunday. We again limited out on the salmon with two at 14″. We did good trolling on the south shore in the morning. Later in the morning he did some jigging with limited results. There was quite a crowd of boats jigging in the bay out from that camp but we did not get involved in that. Later in the afternoon, during the rain, we again started catching fish and were done by 5:00 pm. We caught only one perch while jigging.”