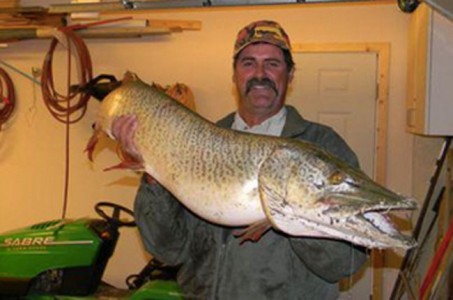 Hunting this week still seems to be on the top of most sportsmen’s and women’s minds, even though anglers are starting to enjoy some great days on the water, which is typical for September.

I received an email from Monte Turner that bow hunter Jim Hens might have taken a new World Record Sheep with a bow. He shot a great ram at 84 yards. The ram scored 202 2/8 green. Hens also has the world record stone and desert sheep with a bow. You may view the ram on montanaoutdoor.com.

The mule deer that Doug Bolender of Kalispell shot with a bow in western Montana isn’t a world record, but it is a nice deer, “I figure it would have a Pope and Young rough score of 157, it is 25 inches wide and 20 inches tall,” he told me last week. Bolender drew a tag for the opportunity to shoot a mule deer by either a bow or rifle. “I drew a tag in an area in western Montana that is known for its large mule deer, so I was excited to get the chance to try and get a big muley with my bow,” Bolender said. To get ready for archery season Bolender starts practice shooting with his bow the first of July.

Fishing is good on lakes and rivers in western Montana. Jim Johnson from Lincoln told me the trout fishing over at Holter Reservoir has really started to pick up. “I talked to a guy at the fish cleaning station at Log Gulch campground and he told me that his wife and him went out in the morning and had their limit before noon.” The limit on Holter is five trout per day and all the fish were in the 18-20 inch range. “He said he was trolling a Berkley Frenzy minnow looking crank bait about 80 feet behind the boat, that probably meant the lure was running 7-9 feet deep, so the fish are shallow,” reported Johnson. The surface water temperature on the main lake was 65 degrees and up by the Gates of the Mountain was a bit cooler at 62 degrees. All the fish were caught in the area of Split Rock and Black Beach.

Also in the Helena area, the snagging season for Kokanee Salmon is now open and will run through October 31 on the Helena Regulating Reservoir. Limits are 35 salmon daily with 70 in possession according to Troy Humphrey from FWP in Helena.

It appears that there will be a new state record tiger muskellunge in the record books. On Sunday this past Labor Day weekend Leo Canton hooked into a monster of a fish at Deadmans Basin, which is in eastern Montana, 22 miles east of Harlowton in Region 5. The fish weighed in at 38 pounds

12 ounces smashing the old record by 7 pounds. “Everything is in order we are just waiting for some additional paperwork to be filled out by Leo and once everything gets to Helena it should be a new state record,” said Mike Ruggles of FWP out of Region 5. A picture of the fish is on montanaoutdoor.com.