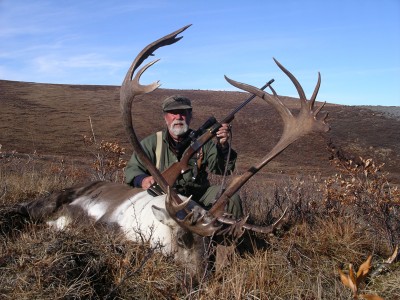 Jim Johnson the owner of Hi Country Snack Foods in Lincoln has been an avid big game hunter all his life and a good hunting and fishing buddy of the Captain. His travels have taken him all over the world.

Johnson recently went to North Central Yukon to try and bag a Boone and Crockett point scored  Barron Ground Caribou. He was assisted by Blackstone Outfitters was successful in shooting a nice Barron Ground Caribou that had a gross score of over 400 B&C points.It was also the 18th caribou that Johnson has killed in the 30 years. (see photo above)

While he was up for his hunt he also enjoyed a day on the river catching Artic Grayling on the Blackstone River as well as Artic Char, which according to Johnson were great eating fish. (see photo below) 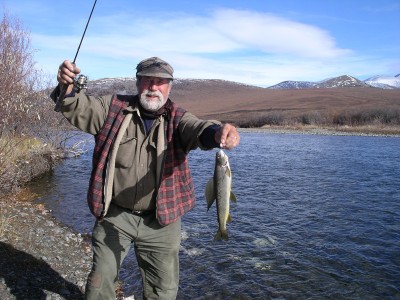