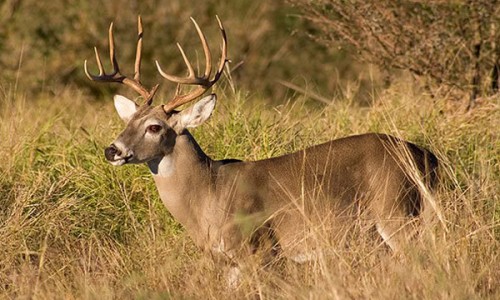 There is only one week until the general hunting season opens on October 20th. Deer populations in Regions 6 and 2 were hit the hardest from the tough winter of 2010.

Here is what Quentin Kujala, Montana Fish, Wildlife & Parks had to say

Conditions have been mixed the past several years and deer in many areas of the state are still rebounding from the tough winter of 2010. The good news is that we’re seeing better fawn survival and good fawn production in many areas, but some are still struggling with low numbers and production. Mule deer and white-tailed deer will be found in local concentrations based upon habitat. One generalization is that white-tailed deer are most often associated with the forested habitats of northwestern Montana and in riparian areas. In addition to scouting for good habitat and access to private lands, a spate of cold and snowy weather often leads to good hunting.

FWP provided this rundown on what you can expect while your out chasing deer:

Biologists counted more than 5,580 white-tailed deer this spring and observed a fawn adult ratio of 44, which indicates a stable to increasing regional herd. Near Kalispell and the surrounding area, white-tailed deer herds continue to grow as a result of the recent mild winter. White-tailed deer are plentiful in the Swan Valley and the Lower Clark Fork Valley. Hunting access is good but involves stalking game in heavy coniferous habitats. Mule deer populations remain stable with a recruitment rate of 28 fawns per 100 adults classified via helicopter surveys this spring. Hot spots for mule deer include the Cabinet and West Cabinet mountains, the high country of the Lower Clark Fork, the Whitefish Range and the subalpine areas of the Mission and Swan mountain ranges. Mule deer hunters typically are more successful at the higher altitudes.

White-tailed and mule deer are common but numbers generally are below historic averages. FWP has restricted hunting opportunities for antlerless deer this year to limit any further declines and speed population increases. Hunting for whitetail bucks should be average overall. Hunting for mule deer bucks is by permit-only in several hunting districts.

Mule deer are down in most places across the region except for a slight uptick in the southern hunting districts.

White-tailed deer populations–found mostly in river bottoms–are stable due to the mild winter. Fortunately, southwestern Montana didn’t see whitetail die-offs from Epizootic hemorrhagic disease as did other populations in central and eastern Montana.

The news for deer is mixed. White-tailed deer populations are solid. That’s not the case for most mule deer populations. “With whitetail we have good numbers,” said Graham Taylor, FWP’s wildlife manager in Great Falls. “Mule deer numbers are mostly down.”

Mule deer populations in the breaks and prairies north of the Yellowstone River are on the upswing, reversing a decade-long trend. Biologists noted good numbers of fawns this year, which they believe is an indicator of recovery in some of those populations. In the mountainous areas, particularly south of the Yellowstone River, a decline in mule deer numbers continues.

White-tailed deer living in the prairie environments north of U.S. Highway 12 have been in slow decline for a number of years because of hard hunting pressure, poor fawn winter survival and last year’s bout of EHD–a fatal disease spread by biting midges. In the mountains south of the Yellowstone River, however, populations are near average and stable.

Effects on mule deer from the winter of 2010-11 are still being seen with regional numbers 30 percent below average. Buck ratios are similarly below average with fewer older-age-class bucks due to a high winter mortality in 2010-11. There has been little recruitment the past two years, but strong fawn production was expected this year. Doe licenses in most areas have again been significantly reduced.

White-tailed deer numbers in the Milk River Valley east of Malta to Nashua and in the Missouri River bottomlands below Fort Peck Dam were heavily impacted; both by the harsh winter of 2010-11 and an EHD outbreak in 2011. In those areas, numbers remain well below the long-term average. In the Malta to Havre area, numbers are slightly below average this year. A small EHD outbreak, however, was confirmed this summer in the Chinook area. In the northeastern corner, numbers are slightly below average in prairie habitats and down 50 percent in the Missouri River bottoms. Whitetail doe licenses were also significantly reduced this year. Hunters should also be prepared to see increased mineral development activity.

Mule deer numbers are still more than 40 percent below the long term average due to the severe winter of 2010-11 that resulted in significant winter-kill of both adults and fawns. Overwinter survival last year was high, and fawn recruitment this spring—up to 47 fawns per 100 adults—increased relative to the previous year. That good news, however, was dampened by reduced fawning rates due to nutritional stress in does after the extreme winter of 2010-11. Drought conditions this summer are impacting deer nutrition as well, but lower-than-average mule deer numbers means that prime habitat is available for a greater portion of the population. Data gathered last hunting season at hunter check stations indicates that the mule deer population is comprised primarily of young, fit individuals with high reproductive potential. Thus, even though mule deer numbers are down this year, if Mother Nature cooperates, the population should soon begin a rapid recovery.

A widespread EHD outbreak in the fall of 2011 reduced populations of white-tailed deer, but populations remain high in localized areas where disease did not occur. White-tailed deer can recover relatively rapidly from declines, and this process has already begun, as fawn recruitment rates this spring doubled over last year. The reduction in white-tailed deer numbers is not all bad. Wildlife biologists note that whitetail numbers prior to the EHD outbreak were too high and fewer deer on the landscape will allow habitat to recover along with deer numbers. Hunters who do their homework by scouting and visiting with private landowners should have success locating good areas to hunt whitetails.