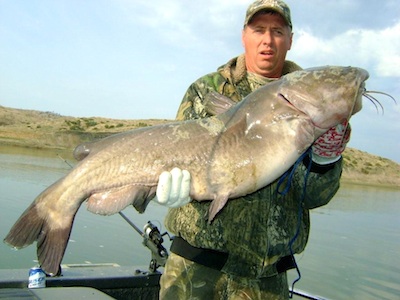 Record Trophy Catfish after a 30 Minute Battle
By Kelsey 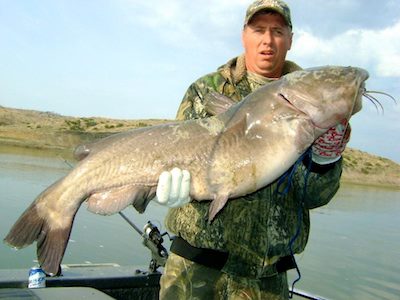 After a 3/4 mile and 30 minute walking battle Bruce Storlie of Glendive, MT caught the biggest catfish he has ever seen! How much did the trophy catfish weigh? Well after bottoming out on a 28lb Deliar spring scale. His hunting partner and brother who were present had another 8lb scale to rig something up and find out what this beast really was, but did not succeed. At least they had a tape measure ready because this beast was an unbelievable 40 inches long and girth at 25 inches. The predicted weight was 32lb which would tie with the current Montana State record (or so they thought).

He has always prided himself as a catch and release type of guy and with a certified scale hours away he let the monster back into the water. They later found out the Montana State Record is 30.12lb and he says he it may have been a different story had he know that (still keeping the fish alive).

He may not be left with an official Montana State record breaker, but he is left with a memory that bring s a smile to his face.