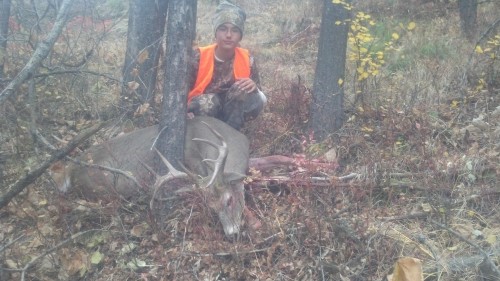 Captain’s friend Tom Lemmons and his sons had quite the hunting experience that they can look back on now forever. Read Tom’s story below. Best yet, his youngest got his first animal, a squirrel! 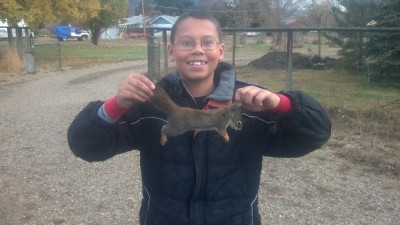 “My son Nate shot the squirrel in the back yard, his first animal.

Dylan shot this nice 5×5 whitetail during youth hunt. He and I covered 17 miles in two days afoot.  Dylan shot the buck at 5:00pm, we then boned it out and began the 3.5 mile hike back to camp, only to realize the batteries had run out on my GPS, which led to an 1.5 hour search for our other gear we had left earlier in the day to lighten our load.  We arrived at camp at 11:15 pm.  I unpacked our gear and Dylan was asleep with all his clothes on before I finished. 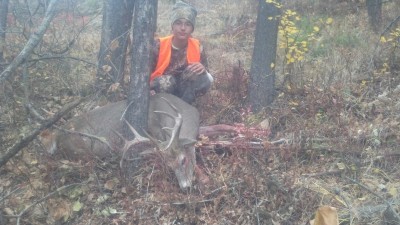 The next weekend we spotted elk 2.5 miles away thru the spotting scope, we then spot and stalked this cow, 2 shots later Dylan had his cow and I had missed my bull.  We then boned and packed her out, man that is hard work, the 2.5 miles.  Yet thankfully we made it out just as dark was setting in.  Next year maybe we will shoot them next to the road.