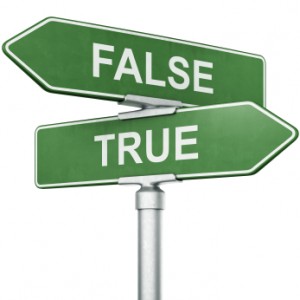 All ethical hunters abide hunting laws, even if they don’t agree with the laws that are set for them to follow.  That being said, there are some outrageous laws in the United States that might make you wonder how they were created.

According to the Abnormal Outdoors website, there are a number of American laws that may, or may not, be enforced today.  The question you may find yourself asking while reading through these laws is “How did they come up with that?”

Regardless of whether or not these laws are, or were, actual laws, they are quite entertaining.  True or false?  You be the judge.

Here are the unusual animal/outdoor-related laws listed on the Abnormal Outdoors website:

In Alaska Moose may not be viewed from an airplane.
It is also considered an offense to push a live moose out of a moving airplane.

The Arkansas River can rise no higher than to the Main Street bridge in Little Rock.

In California it is illegal to set a mouse trap without a hunting license.

In Florida having sexual relations with a porcupine is illegal.

In Idaho you may not fish on a camel’s back.

In Pocatello, Idaho, a law passed in 1912 provided that “The carrying of concealed weapons is forbidden, unless some are exhibited to public view.”

In Normal, IL., it is against the law to make faces at dogs.

No one may catch fish with his bare hands in Kansas.

In Kansas, it is illegal to eat snakes on Sunday.

Kansas law prohibits shooting rabbits from a motorboat, and the state game rule prohibits the use of mules to hunt ducks.

In Massachusetts all men must carry a rifle to church on Sunday. Also bullets may not be used as currency.

In Michigan any person over the age of 12 may have a license for a handgun as long as he/she has not been convicted of a felony.

In Minnesota, it’s illegal to tease skunks. Also a person may not cross state lines with a duck atop his head.

No turtle races shall be held at the airport. Bourbon, Mississippi

Children can buy shotguns in Kansas City, Missouri… but not toy cap guns

In Nebraska it is Illegal to go whale fishing.

In New Jersey it is against the law for a man to knit during the fishing season.

In ND, it is still legal to shoot Indians if your in a covered wagon.

It is contrary to Pennsylvania law to discharge a gun, cannon, revolver or other explosive weapon at a wedding. Also you may not catch a fish by any body part except the mouth.

In Tennessee, it is illegal to shoot any game other than whales from a moving automobile.

In Tennessee it is illegal to use Lassos to catch a fish and skunks may not be carried into the state.

In Texas it is illegal for one to shoot a buffalo from the second story of a hotel.

It is against the law to fish from horseback in Utah.

It’s illegal in Wilbur, Washington, to ride an ugly horse.

In Wyoming you may not take a picture of a rabbit from January to April without an official permit.