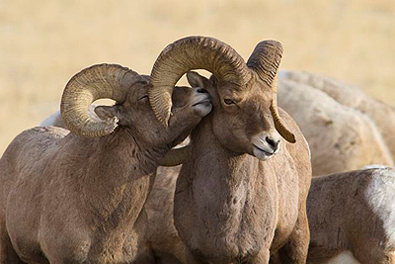 FWP released its environmental assessment for the potential reintroduction of bighorn sheep into the Bridger Mountains in southwest Montana.

The proposal plans to capture 30 – 40 bighorn sheep from around Montana and release them on a winter range in Middle Cottonwood Creek, west facing slopes of the Bridger Mountains.

Up until the 1900’s, the Bridger Mountains, like many of the other ranges in Montana, supported a native bighorn sheep population. The population dwindled because of diease, over hunting and competition with other animals.

FWP would like to hear your input on the proposal to reintroduce bighorn sheep. There will also be a public meeting on November 15, 2012 at MFWP Region 3 Headquarters, in Bozeman, MT. And public comment is accepted until November 26, 2012.

To read the full 82 page proposal visit the FWP website.