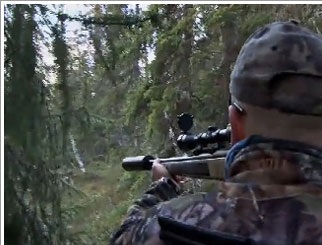 Hunting with Sound Suppressors Legal In Some States
By angelamontana

According to an article posted on stateimpact.npr.org, on March 30, 2012, the Texas Parks and Wildlife Department announced that it had made using a silencer while hunting in Texas legal.  This is “provided they submit an application to the Bureau of Alcohol, Tobacco, Firearms and Explosives (ATF), pay $200 and get a criminal background check.”

Using suppressors in Texas while hunting hogs and exotic animals was already legal, but this law change extended the animals being hunted to game animals, alligators and game birds.

Texas isn’t the only state that allows the use of suppressors while hunting, as Colorado, Arizona, Alaska and Idaho are just a few more states that also allow silencers while hunting game animals.  On the opposite end of the spectrum, California, Hawaii and Illinois state that ownership of a silencer is prohibited.  For a complete list of states and their suppressor-related laws, click HERE.