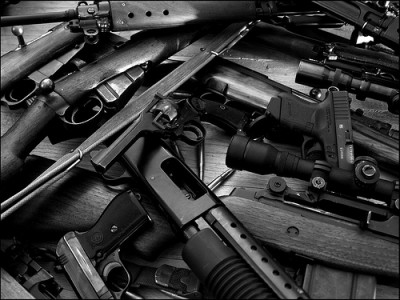 A discussion on The Journal News website, following the Newtown Connecticut school shooting, sparked a controversial addition to this east coast newspaper’s site.

According to ABC News Blogs on Yahoo News “A newspaper in New York has received a wave of criticism from its readers after publishing the names and addresses of all of the individuals with handgun or pistol permits in its coverage area.”

The article states that if you click on a dot on a map of New York, the name and address of licensed gun owners in the county map are displayed.

The Journal News released the following statement to ABC News:

“We obtained the names and addresses of Westchester and Rockland residents who are licensed to own handguns through routine Freedom of Information law requests. We also requested information on the number and types of guns owned by permit holders, but officials in the county clerks offices in Westchester, Rockland and Putnam counties maintained that those specifics were not public record.”

John Thompson, Program Manager for a group that counsels youth against violence stated “I would love to know if someone next to me had guns. It makes me safer to know so I can deal with that.  I might not choose to live there.”

On the other end of the spectrum, Curtis Maenza commented “This is CRAZY!! why in the world would you post every licensed gun owner information?? What do you hope to accomplish by doing this. This is the type of thing you do for sex offenders not law abiding gun owners. What next? should i hang a flag outside my house that says I own a gun? I am canceling my subscription with your paper today!!!”

According to the article, The Journal News declined further comment about the map.

Click HERE for the Yahoo News article, and visit www.lohud.com, the website “powered by The Journal News”, for more information on this topic.