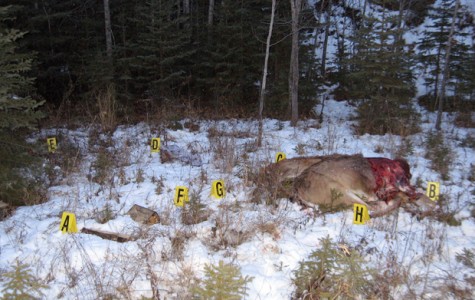 Who knew that Facebook could be so incriminating?  Well, if you have ever used Facebook, you can probably assume that what you post on your page can make its way around the internet at some point.

According to Canada’s National Post, Kristopher Brophy, 35, and Michelle Haseloh, 25, have been dubbed Alberta’s “Bonnie and Clyde” of poaching.

Posting videos and pictures of their illegal actions on Facebook proved to be one of the biggest giveaways that these two were the culprits.  Authorities were able to gather more evidence against the pair, in addition to confiscating wasted carcasses, from their Facebook posts, and the social media tool also assisted in tracking their whereabouts.

According to the National Post article, “Brophy and Haseloh became suspects in a wide-ranging poaching case after they were reported to authorities. Wildlife officers obtained a warrant to track their whereabouts via GPS as part of a sting they termed ‘Operation Mormo’.”

After Brophy got “careless” one evening and shot a deer near occupied buildings with his .22 rifle, which is an illegal caliber to shoot an animal that size, he was followed by authorities back to his home and arrested.

The duo was charged with 131 hunting offenses including shooting at night, hunting during a closed season, wasting edible meat, discharging a firearm from a vehicle, hunting on a game farm and using a rifle in an archery-only area.

The charges were eventually reduced, and both pled guilty and were fined $100,000. 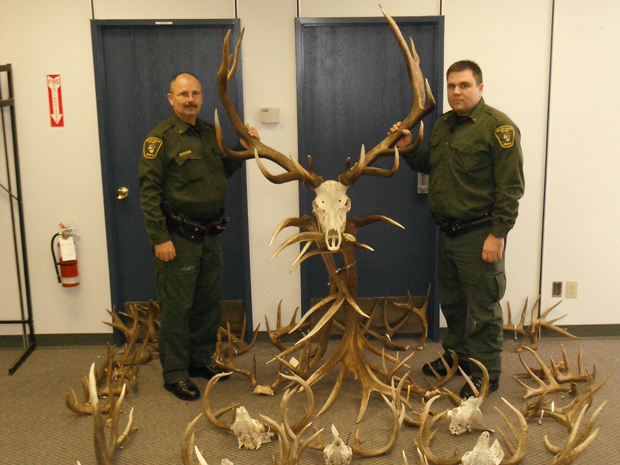 Fish and Wildlife officers show some of the seized evidence from the poaching case.
Picture courtesy of National Post