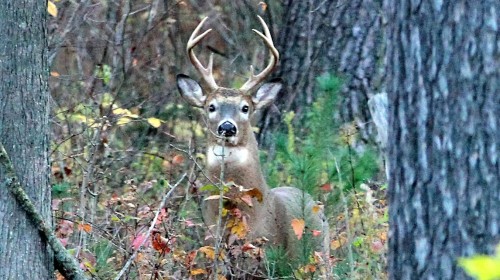 According to an article recently posted at huntingtrophy.com, Michigan might have some new restrictions for deer hunting for the 2013 season.  Although final approval hasn’t been given yet, the Department of Natural Resources states that this pending restriction is being considered for 12 counties in northwest Michigan.

If the restriction is approved, hunters will not be able to shoot any deer with less than three antler points on each side.

According to the article, “The DNR says the goal of the new rule is to make deer herds with bigger-antlered animals.  The rule will keep younger bucks alive, as they won’t be allowed to be shot right away.”  The idea is based off of a current regulation in Leelanau County that seems to be keeping bigger deer in the area.

The DNR said that a survey showed 69% of the hunters surveyed approved of this restriction, and, as a result of the positive response, they believe there is a good chance it will be approved in the Spring.