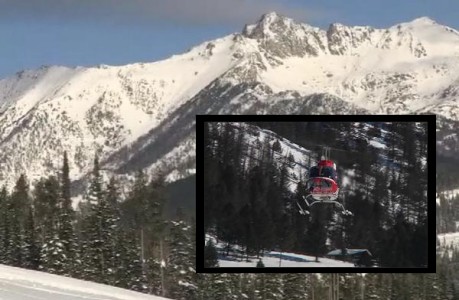 This last Sunday my friends decided to go backcountry skiing up at a Bozeman area favorite spot called Beehive Basin. They came back a little shooken up from having seen something that will forever haunt their memories. While skinning their way up to the ridge, they noticed some commotion going down and asked what was up and were just told ‘don’t go down there’. They thought that was odd and figured someone was hurt and offered to help but again told ‘ just don’t go down there’.

When they had gotten to the top of the ridge where they could look down and see what was going on they saw a man laying still, definitely hurt and maybe dead, he was completely motionless. They put the pieces together when they saw the spot on which you could see where he may have fallen off of a cliff while snow shoeing.

They new he was dead when Big Sky Search and Rescue came in helicopter with a body bag.

Just this last Tuesday authorities were able to identify the man as 47 year old Chris Andrew Karantinos of South Dakota. The reports and autopsy are implying that his death was ‘self inflicted’. They are still trying to put all the details together and will work until it is certain to why he died.

5 years ago on the same day another man died in an avalanche in which the avalanche reports were dedicated too that day.