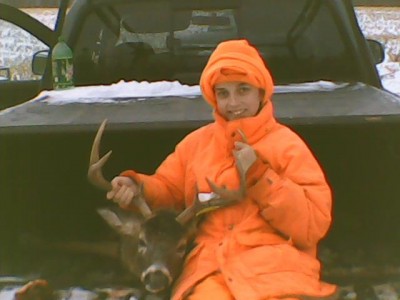 Justin, a Wisconsin resident and avid hunter, has a rare liver disease called Primary Sclerosing Cholangitis (PSC).  Having this disease means that he will eventually need a liver transplant, as this disease can lead to cirrhosis of the liver.  Along with PSC, Justin suffers from Crohn’s Disease and Colitis, too.  You would think that would slow down a hunter during hunting season, but not Justin!

In November of 2010, 15 year-old Justin was out rifle hunting for deer in Dunn County, Wisconsin.  It wasn’t his first time hunting, although he had yet to find that big monster trophy buck that everybody hopes to find.

This year was Justin’s lucky year, as he managed to shoot his biggest buck to-date (pictured above and below) at 50 yards with his .243 rifle.  Luckily, Justin and his Dad didn’t have to drag this beast more than 100 yards to a field before they were drive to it.

Awesome job, Justin, for bagging an awesome buck!  This buck is even bigger than any his Dad, also an avid hunter, has shot.  Justin’s story is proof that “where there is a will, there is a way”. 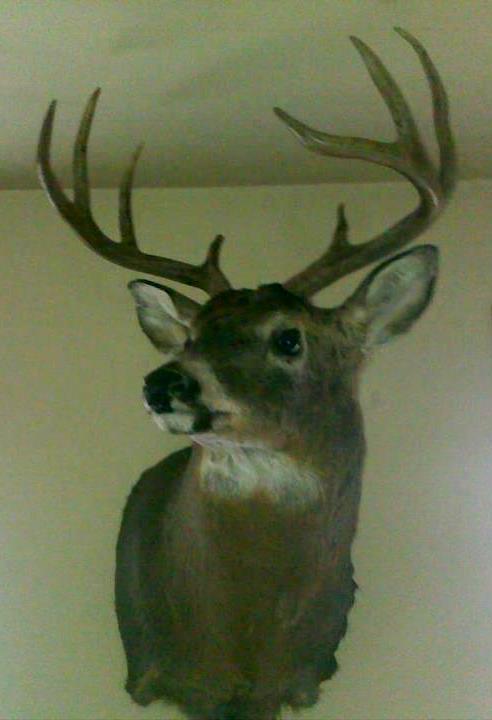