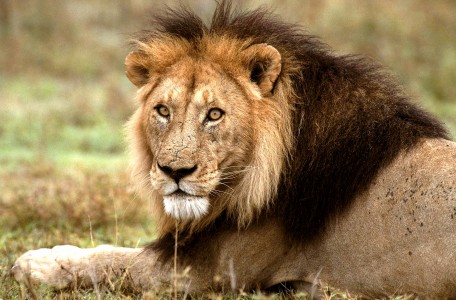 Only Elk Meat Can Help African Lion
By angelamontana

According to an article posted on texomashomepage.com, In-Sync Exotics Wildlife Rescue Education Center, in Wylie, Texas, contacted Jason Boso, owner of The Twisted Root Burger Company, via email with an unusual request.

The article stated that the email told Boso of “a very sick African lion named Armanis who would only eat elk meat.”   The center had called upon local hunters in the area, but nobody had any elk meat to give.

Well, it turns out that The Twisted Root Burger Company, uses elk meat in their hamburgers, and Boso gave the center 50 pounds of it to feed to the finicky Armanis.  Sure enough, the lion slowly began eating.  It is estimated that this amount of meat will feed the “king of the jungle” for approximately two weeks.

The center workers have been mixing medicine in with the meat, and they hope that Armanis will be fully recovered before the meat is gone.

What great taste in meat Armanis has!