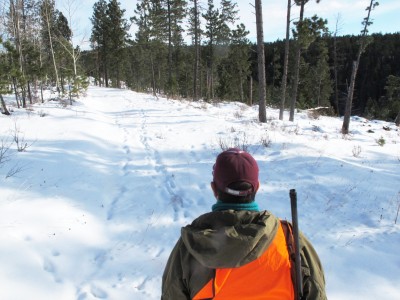 A Fee Hike in Your Future? – Brett French Radio Show Preview
By angelamontana

A bill is working its way through the Senate that would have the Environmental Quality Council study the makeup of Montana’s fishing and hunting license structure and the fees charged for resident and nonresident hunters and anglers. House Bill 609 has already passed the House and met no opposition in a recent Senate finance committee meeting. Montana’s sportsmen’s groups supported the idea, with some contending that the current license fee is unfair to nonresidents who carry a greater share of the financial burden.

According to Fish, Wildlife and Park’s website, license fee sales fund more than two-thirds of the agency’s budget with the rest coming from state and federal funds. Of the money that comes from license fees, nonresidents pay more than twice as much as residents. In looking at surrounding states, and trying to compare apples to apples, Montana has one of the lowest nonresident cow elk tag fees but the highest either-sex elk tag when compared to the states of Idaho, Wyoming, Utah and Colorado. Compared to those states, Montana has the lowest resident elk tag fee.

The discussion comes as some state fish and game agencies are struggling with fewer anglers and hunters, meaning less revenue for the agencies. Wyoming’s Legislature recently killed a request by that state’s Game and Fish Department to raise hunting and angling fees to cover a budget decline as fewer licenses are sold, prompting the agency to make many budget cuts. What may await Montana FWP remains to be seen.