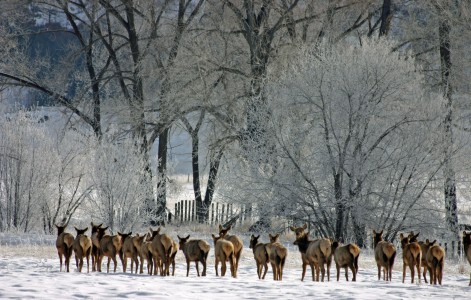 According to witnesses and evidence gathered at the scene, John Foley and Michael Hoar of Butte, and Edmund McSweeney of Ramsay (along with a 15-year-old hunter) pursued a group of elk with a vehicle, trespassed through one property, and located the group of elk on another property. At that point, they began shooting into the herd from the road and continued firing while moving onto private property. One cow elk was killed, and at least three other cow elk were wounded. Two of the wounded elk were taken by hunters later that day.

No one in the group had the required license to hunt cow elk in the hunting district (HD 380), nor did they have permission from the private landowners. Each pled guilty to Hunting without License and Unlawful Possession of a Game Animal.

Boulder area Game Warden Justin Gibson said, “On top of the violations themselves and their blatant disregard for safety, it’s really unfortunate to see the way in which these three adults modeled unlawful and unethical hunting behavior to the young hunter in their company. Hopefully, this will be a hard lesson learned.”