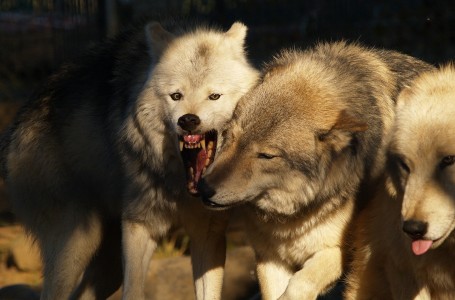 State wildlife officials released today the results of the 2012-13 wolf hunting and trapping seasons, which saw a substantial jump in harvest over last year.

“We’re generally pleased with these results,” said Jeff Hagener, director of Montana Fish, Wildlife & Parks in Helena. “The overall harvest of 225 wolves this season is higher than last year and reflects the more liberal harvest opportunities that were added for 2012. The effectiveness of hunters and now trappers together continues to grow.”

In all, 84 wolves were taken between Sept. 1, 2012 and the end of Montana’s general big game hunting season, which closed Nov. 25, 2012. Sixty four of the 84 wolves taken before November 25 were opportunistically taken by hunters who were in the field hunting other species. The majority of the harvest, however, took place after the general hunting season by hunters and trappers who were exclusively seeking wolves. During Montana’s first wolf hunting season in 2009, the opportunistic harvest was almost 80 percent.

“The best news is that hunters and trappers, the core of Montana’s wildlife conservation program, are helping us manage Montana’s most recently recovered native species,” Hagener said. ”

A total of 18,642 wolf hunting licenses were purchased for the past season—246 by nonresidents. Most successful wolf hunters were Montana residents who harvested 222 wolves.

Reflecting the increasingly liberal harvest opportunities over the last three wolf hunting seasons, Montana’s 2012-13 wolf harvest of 225 wolves was up significantly over the 2009 and 2011 seasons. Court challenges barred Montana’s hunting season in 2010.

Hagener stressed that even with this season’s hunting and trapping success—and an additional 104 depredating wolves removed from the population as a result of more than 70 control actions—Montana’s wolf population remains robust.  With more than 650 wolves reported at the end of 2011, when the 2012 season was adopted, population data indicated a harvest of nearly 400 wolves would be required to reduce the minimum population below 500.

“We need to achieve a reduction” Hagener said. “Montana has made room for wolves, we are long past the period of recovering wolves, and we are committed to managing for a recovered population. We also need to remember it is FWP’s responsibility to manage with an eye to how all of our special wild resources affect each other and address issues such as public tolerance, including that of landowners. That is what we continually hear the public asking us to do. FWP is working to manage wolf numbers and will continue to use reasonable tools to maximize harvest opportunities.”

Wildlife managers are now compiling Montana’s 2012 wolf population data and FWP’s wolf report will be complete in late March. Montana’s wolf advisory council, which was originally convened in 2006 to assist with the development of Montana’s Wolf Management Plan, will be reconvened following completion of the annual report. The intent, according to Hagener, is to check in with the broad spectrum of interests included on the original council to again discuss issues associated with Montana’s evolving management of wolves.

Hagener noted that FWP sought and received from the 2013 Montana Legislature additional tools to increase the wolf harvest in the future. The wolf management bill—sponsored by State Representatives Kelly Flynn (R-Townsend) and Ted Washburn (R- Bozeman)—won swift and overwhelming bipartisan legislative support and was signed into law on Feb. 13 by Gov. Steve Bullock.

The new law immediately allowed hunters to purchase up to three wolf licenses and lowered the price of a nonresident wolf license from $350 to $50. The new law also allows for wolf hunters to use their license 24 hours after purchase, instead of after a five-day wait; authorizes the use of electronic calls; and removes the requirement for wolf hunters to wear hunter-orange clothing after the general deer and elk hunting seasons have ended.

More than half of the total 2012-13 wolf harvest, or about 51 percent, occurred on public lands. The top three counties for wolf harvest were Lincoln with 38, followed by Park with 24, and Missoula with 22.   In all, the harvest was well distributed across the areas of Montana inhabited by wolves.