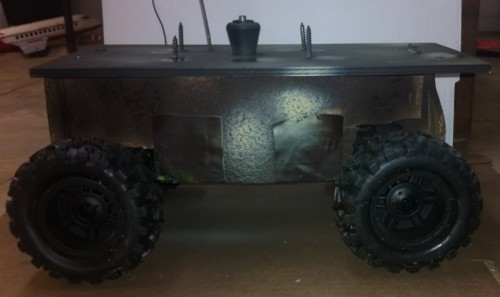 How to Make a MOTORIZED Turkey Decoy
By angelamontana

Turkey season in Montana begins April 13th!  I was recently looking around at turkey decoys online, and I came across a DIY “motorized” turkey decoy on the archerytalk.com forum.  It’s easier to do than you think!

A turkey hunter in New York state decided to attach his turkey decoy to the base of an electric remote-control car!  He was a bit concerned about the noise it made at first, but others on the forum suggested that he could use the motorized decoy to run around from a distance, and once he got toms to come in, he could then stop moving it.  Genius!

This could be a great way to lure that prized tom in close enough to get him with your bow.  After testing his motorized decoy, he has changed a few things and learned what works and what doesn’t.

To read about the hunter’s trials and tribulations of getting this traveling decoy going in the forum thread, click HERE.