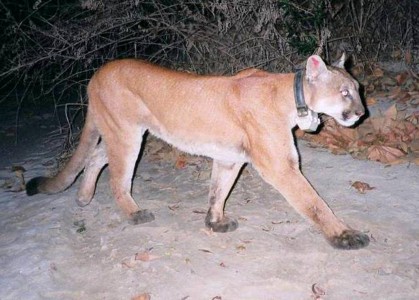 Helmville teenager Leif Holman got a surprise after he shot his mountain lion in the foothills of the Crazy Mountains last month. The female lion was wearing a collar. After a search, Fish, Wildlife and Parks biologist Justin Paugh discovered the collar had been sold to a group studying lions in South  Dakota.

The lion was collared last summer about 55 miles south of Rapids City. If the lion had driven to the Crazy  Mountains, it would have been nearly 500 miles. No doubt it probably traveled twice that during its trek north and west.