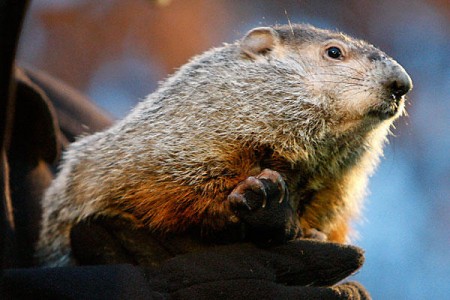 It has got to be hard being a weatherman. Predicting the weather is never easy. When your forecast is wrong, it can create an uproar. But can it lead to an angry mob demanding the death penalty? If you are the legendary groundhog, Punxsutawny Phil, then the law is coming for you.

According to the FW

The official first day of spring may have been earlier this week, but one prosecutor in Ohio thinks that winter has gone on far too long—and he blames a certain prognosticatory rodent.

Punxsutawney Phil, the renowned groundhog meteorologist from Pennsylvania, emerged from his burrow in Gobbler’s Knob this past February 2 and declared that there would be an early spring. Almost eight weeks later, apparently it’s still a little too cold outside Michael Gosmer’s house, because Gosmer, a prosecuting attorney in Butler County, has decided to take legal action against Phil. Gosmer indicted the groundhog and intends to pursue the case to the fullest extent of the law.

“Let’s face it, Punxsutawney Phil has let us down,” Gosmer said. “I awoke this morning to a snowstorm, low temperatures and howling wind.” This is clear proof of fraud, according to Gosmer, and since Phil already lives in an effective jail in Punxsutawney (“Phil lives his life behind bars as it is”), that means that the only choice left is the death penalty.

Would you rather have a wildfire or sandstorm?