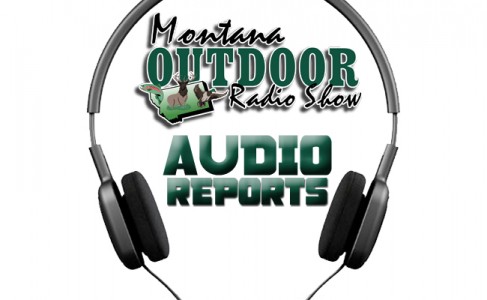 Hear the statewide hunting and fishing reports for the week of 3/16/13.

March 16th Summaries
Angie at Bob Wards says in HelenaSpring is arriving and this may very well be the last ice fishing week for the area. In the Butte a few area rivers are seeing early mud, but overall the water is clear and ready.
Bill Brown at Bob Wards says LakeCuomo catching fish along the Dam.
Brett French Outdoor editor of the Billings Gazette describes a mountain lion that traveled 500 miles.
Chancy at Snappy’s says there’s still ice in the area.  BitterrootLake and Ashley both have pretty good ice, but be careful on the shoreline though.
Dale from Don’s in Lewistown says we are in that transition period moving to soft water from hard ice. Had a lot of fisherman headed toward Nelson in the Malta country.
Leonard from Robert’s Bait and Tackle says the ice is gone, and the good fishing is on the rivers.
Ron Aashiem says the deadline for either sex elk permits and buck deer permits where above average, and will be draw the week of April 15th.
Shelby from Rocky Mountain Supply in Dillon says the ice on Clark Canyon getting pretty soft, but the ling fishing has really turned on using McFadden Ling jigs also jigging with a little piece of nightcrawler is good.
Tammy from Northwest Sports in Eureka says the ice is not safe at this time, for rainbows had out to Reservoir and use big river flies and lyman plugs.