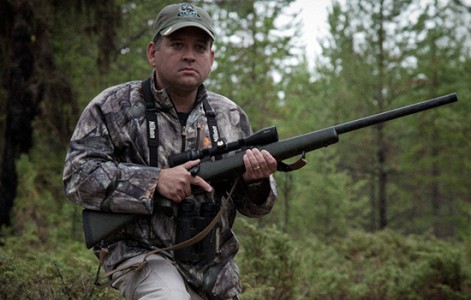 Last Thursday, Gregory G. Rodriguez, host of the Sportsman’s Channel’s show “A Rifleman’s Journal”, was shot to death by Wayne Bengston in Whitefish, Montana.  Bengston’s wife and Rodriguez were at her mother’s home when the event took place.

According to The Missoulian, Bengston shot Rodriguez several times with a .44 caliber revolver.  After the shooting, Bengston beat his wife and took their 2 year-old son to a relative’s house, unharmed, and then continued on to his home where he shot and killed himself.

The myus105.com website reported that Whitefish Police Chief Bill Dial was quoted saying, “The victim was here on business and had stopped to talk to a friend for the evening and have a glass of wine,”  ”Mr. Bengston came into the home and shot him immediately. We think that it was just a professional relationship, but perhaps the husband thought it was more than that. But that is just conjecture.”

At this point, officials do not believe that the relationship between Bengston’s wife and Rodriguez was anything more than a platonic friendship, as, according to the Billings Gazette, Rodriguez was also married, with two children.

The investigation is ongoing.

(Information for this post collected by The Missoulian and myu105.com)