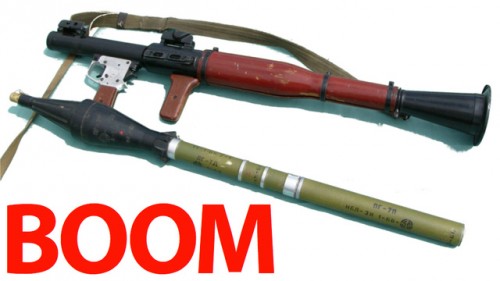 Afghanistan is not known for being a fishing destination, but they do have some interesting techniques on how to catch fish.

If you have never heard of the “DuPont Fishing Lure,” it is defined in the Urban Dictionary as:

Catching fish by lighting a stick of dynamite and throwing it as far as you can into a lake or river, and then netting all the fish stunned by the explosion. Considered by most anglers to be excessive, it can be time saving if you have a large fish fry to prepare for. It can also lead to late-night visits from the BATFE and/or the Department of Homeland Security.

Named for the DuPont Company, who have been manufacturing explosives in the United States since the early 19th Century.

In the following video we see the 3rd Kandak/2nd Lewa of the Afghanistan National Army use an extreme method of catching fish in a war zone.