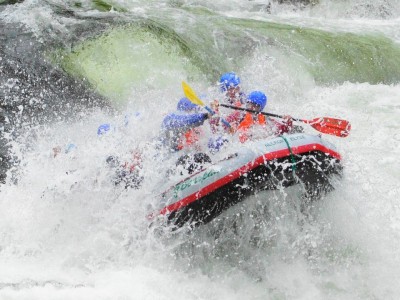 It’s Whitewater Season On The Lochsa
By OutdoorAly

Whitewater hounds are looking at another promising season on the Lochsa River. The whitewater season for rafters and kayakers on this river starts late April and ends early June depending on the discharge rate. The “Lochsa River Floating Guide” lists more than 60 rapids between Powell and Lowell, Idaho, most of which are rated Class III-IV (medium to difficult). The river is fed by the melting of the significant snowpack of the Bitterroot Range, which was reported best in the state earlier this month. 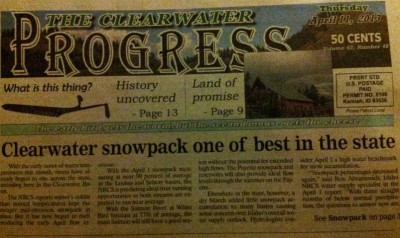 Above is a snapshot of snowpack report from The Clearwater Progress.

The Lochsa (pronounced “lock-saw”) was included by the U.S Congress in 1968 as part of the National Wild and Scenic River Act. The river runs parallel to Highway 12 on the Montana and Idaho border. The Lochsa and Selway rivers and their tributaries have no dams, and their flow is unregulated. In late spring, mid-May to mid-June, the Lochsa River is rated as one of the world’s best for continuous whitewater. 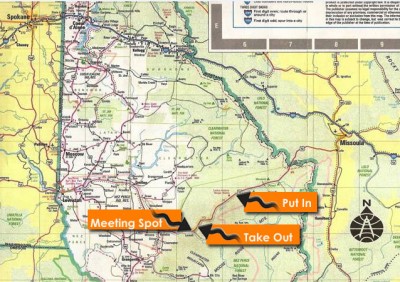 But if you want to experience the fun adrenaline-packed ride on a raft for yourself it is best to find a good outfitter to take you than risk the rough waters on your own. Below is a photo of Bearpaw Expeditions river guides after a day of training on the river, getting ready for the season. 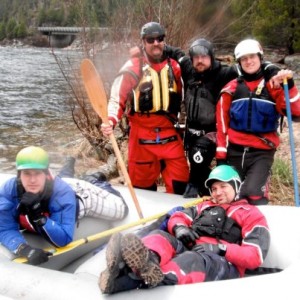 Justin Walsh of Bearpaw River Expeditions has promised to provide us with river updates throughout the season, so be sure to check back each week for a glimpse of life on the Lochsa. You can also  find more information on other rivers and guided trips around Western Montana on Bearpaw Expedition website by clicking here.