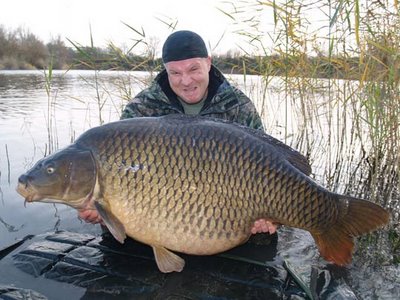 Where there is professional sports, there will always be scandal. The WCFC has recently investigated a scandal about a Romanian team getting fish addicted to bait prior to the tournament taking place.

It may sound like a lot of old carp, but the England fishing team are crying foul after suspected cheating led to Romania triumphing at a global fishing competition .

England’s team of freshwater fishermen have launched a formal protest after they lost the 14th World Carp Angling Championships.

They have accused the hosts Romania of using ‘special bait’ to hook first place in the tournament.

Unbeknown to the England team, Romania spent nearly five months using a particular recipe to feed the fish in Lake Corbu where the competition took place.

Using boilies – a blend of flour, egg and flavouring – the dejected English team could only watch as the carp fell hook, line and sinker for the hosts bait, which they had eaten for weeks.

Ian Huntington, team manager of the Korda England Carp Team, told The Independent that the secretive method was against the spirit of fair play, but conceded that it was not actually cheating as it did not break any rules.