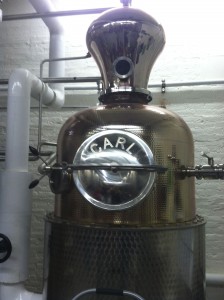 Montana is Back in the Booze Business!
By OutdoorAly

Microdistilleries are popping up all over the state of Montana. They seem to be the new trend in agritourism, a term coined to describe the culmination of agriculture and tourism; two of Montana’s four top industries.

One of the latest I visited is Montgomery Distillery in Missoula, Montana. Even though state law has stringent rules on tasting rooms for distilleries such as limited hours & number of drinks, Montgomery has been doing quite well by marketing the history and tradition of craft cocktails, and small-batch distilling. 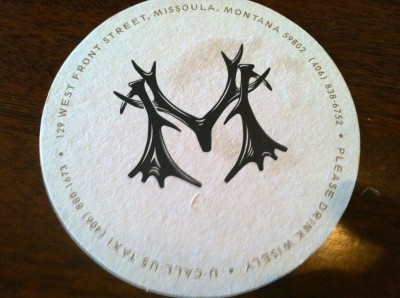 Going back to the bootlegging days, it was illegal under Prohibition-era laws to distill alcohol in Montana. The same laws stayed in place until legislation introduced by Vigilante Distilling owner and attorney Mike Uda and former state representative Brady Wiseman helped outline a licensing framework in the Microdistillery Act of 2005. Additional legislation in 2007 allowed distilleries to have tasting rooms and to sell a regulated amount of spirits opening a new frontier to licensed microdistilleries. 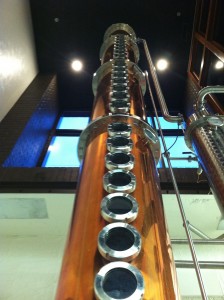 Photo: Alyson Booher
A still in the basement of Montgomery can be seen from a window on Main street.

Eight distilleries have opened up around the state since 2007 legislation made it legal. And all of them are marketing themselves a little differently.

Montgomery owners have renovated the old Pipestone Mountaineering space downtown to represent a swanky version of a late 19th century saloon. Around 12 saloons were in fact located in the same area during that era, one of the many historical facts they share on tours of the distillery. 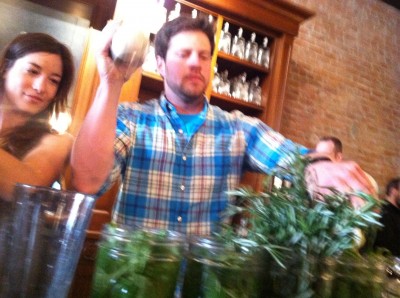 Local “mixologists” at Montgomery distillery creating the finest cocktails with fresh ingredients like rosemary and mint.

The hipster crowd in Missoula is eating, or should I say drinking, up their  carefully crafted cocktails served in old fashioned dainty glasses.  Seriously, their glasses are cool, I watched a guy try to steal one only to be chased down on the sidewalk by a server. Now that is vigilante justice at its finest! 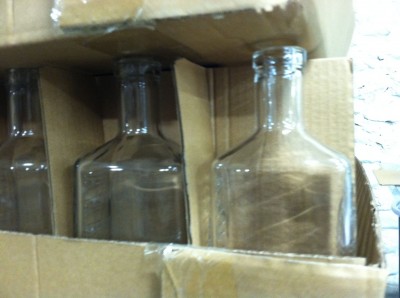 photo: Alyson Booher
The tour takes you through the bottling area of Montgomery distillery, where they hold monthly bottling parties.

The company is off to a solid start and have been embracing the local community by offering tours and bottling parties. Anyone is welcome to either, the bottling parties happen once a month. It offers a chance to take home a personalized bottle of booze you filled yourself. What better way to celebrate opening day of hunting season than with a signature bottle of Montana booze?

Here is a list of other distilleries in Montana: