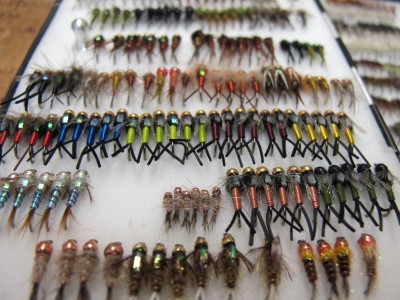 Nymph fishing is recognized by fly anglers as the best way to take the most fish. You don’t always catch the biggest fish when nymphing, it’s not as much fun as when you hook a fish on a fat dry fly, and the fish aren’t consistently as big as you may catch drifting or stripping streamers, but nymphing should give fly anglers more fish per cast on the average.

In about the last four years, a newer method of nymph fishing with a fly rod has been gaining ground in Western fly angling. The techniques were developed in Europe for competitive fly fishing and are named after the country where the teams pioneering the concepts hail from – namely the Poles, Czechs, Spanish and French. Each method is a little different but they are also similar in that they use tight-line techniques to increase the angler’s feel for strikes. They all also use longer rods – 10 to 11 feet long, although a 9-foot rod will work.

For more details on the concepts, see my story in the May 26 Billings Gazette or log on to the Billings Gazette’s Outdoors page at: http://billingsgazette.com/lifestyles/recreation/