Put your fishing poles away while checking out the rainbow trout at the Jocko River Trout Hatchery.  The hatchery, which sits on 62 acres in Arlee, Montana, is owned by Montana Fish, Wildlife and Parks.  I have never seen so many trout at once, and it was pretty cool to feed them and watch them act like piranhas getting to the food.

“The Arlee strain of rainbow trout is used extensively in Fish, Wildlife & Parks management of lakes and reservoirs,” according to the Montana Fish, Wildlife and Parks website.  “Arlee rainbow trout eggs are produced here and are shipped to other Montana state production stations where they are raised for stocking.” 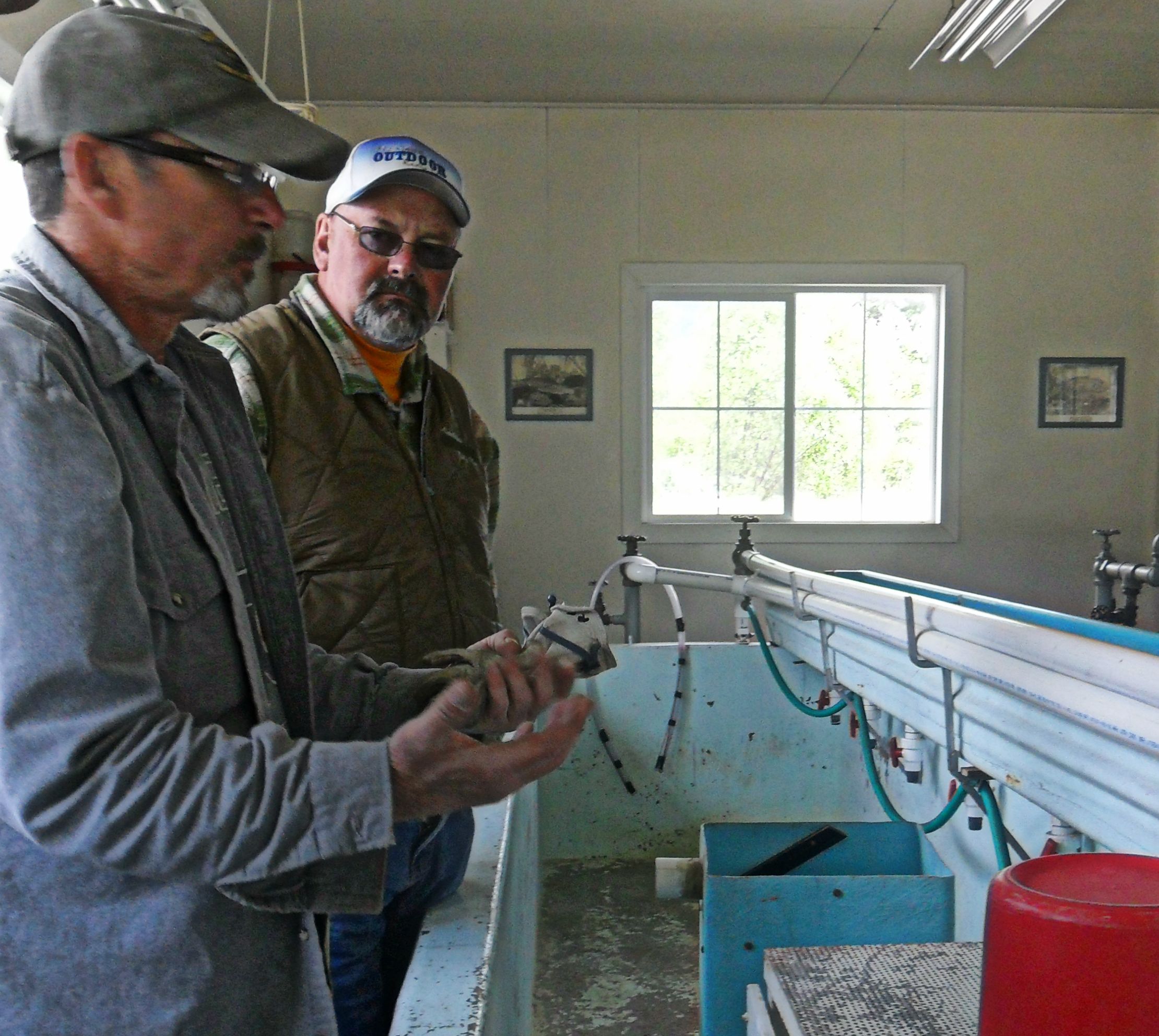 Ron Snyder, FWP Fish Culturist, was explaining what they do with the fish at the hatchery)

We were greeted by Ron Snyder, an FWP fish culturist working at the hatchery, when the Captain, Jason Maxwell and I stopped by to check out the facility.  Ron gave us a tour of one of the buildings that included hundreds of young, recently hatched rainbows that were completely albino. 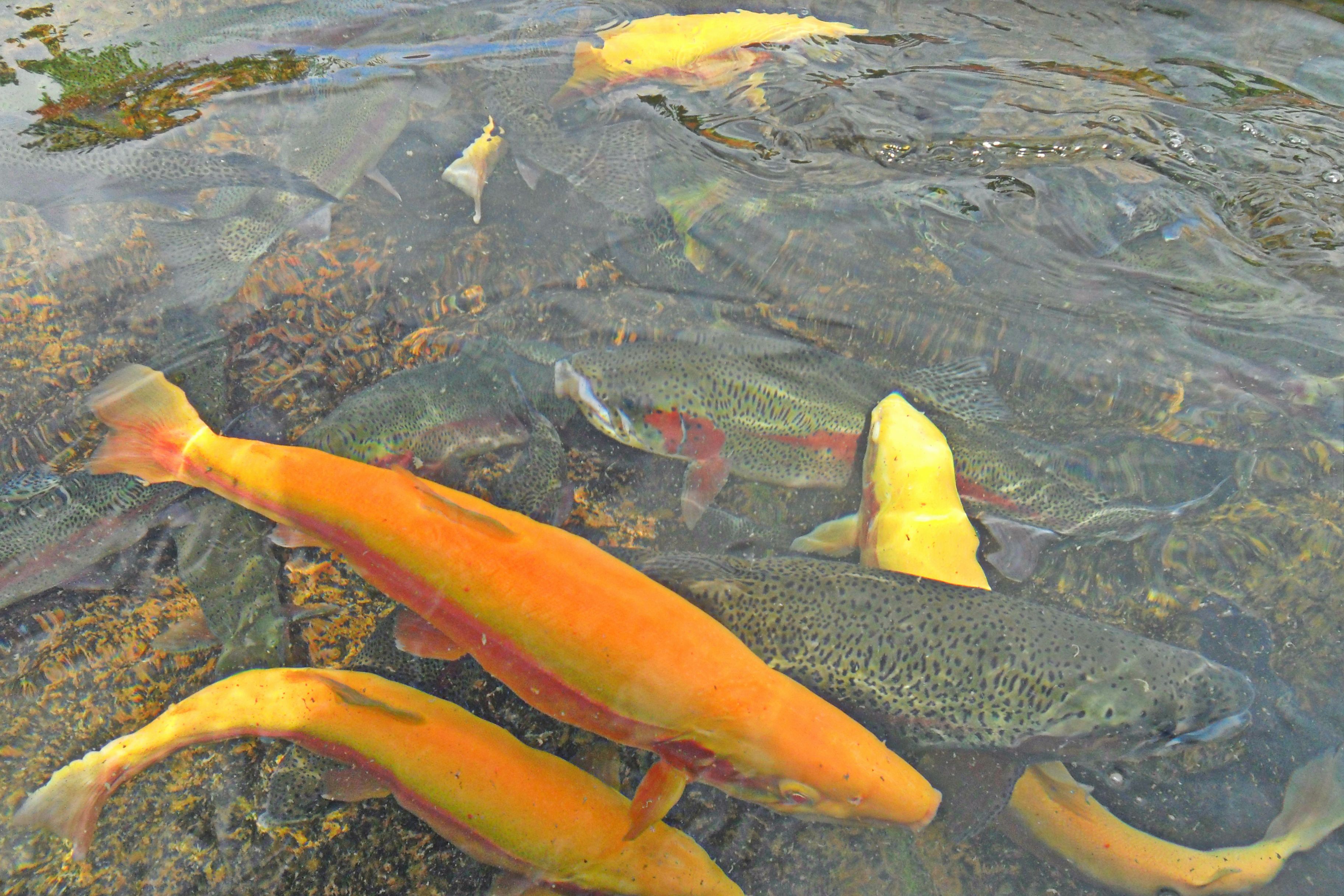 There were a few big albinos (pictured above) hanging with the older ones outside of the building, too.  Although, they have no plans on stocking the albinos at this time, it’s cool to see them there.  I had never been to a fish hatchery before, so it was pretty awesome to see rainbows as big as we did and also to see as many as we did–and feed them! 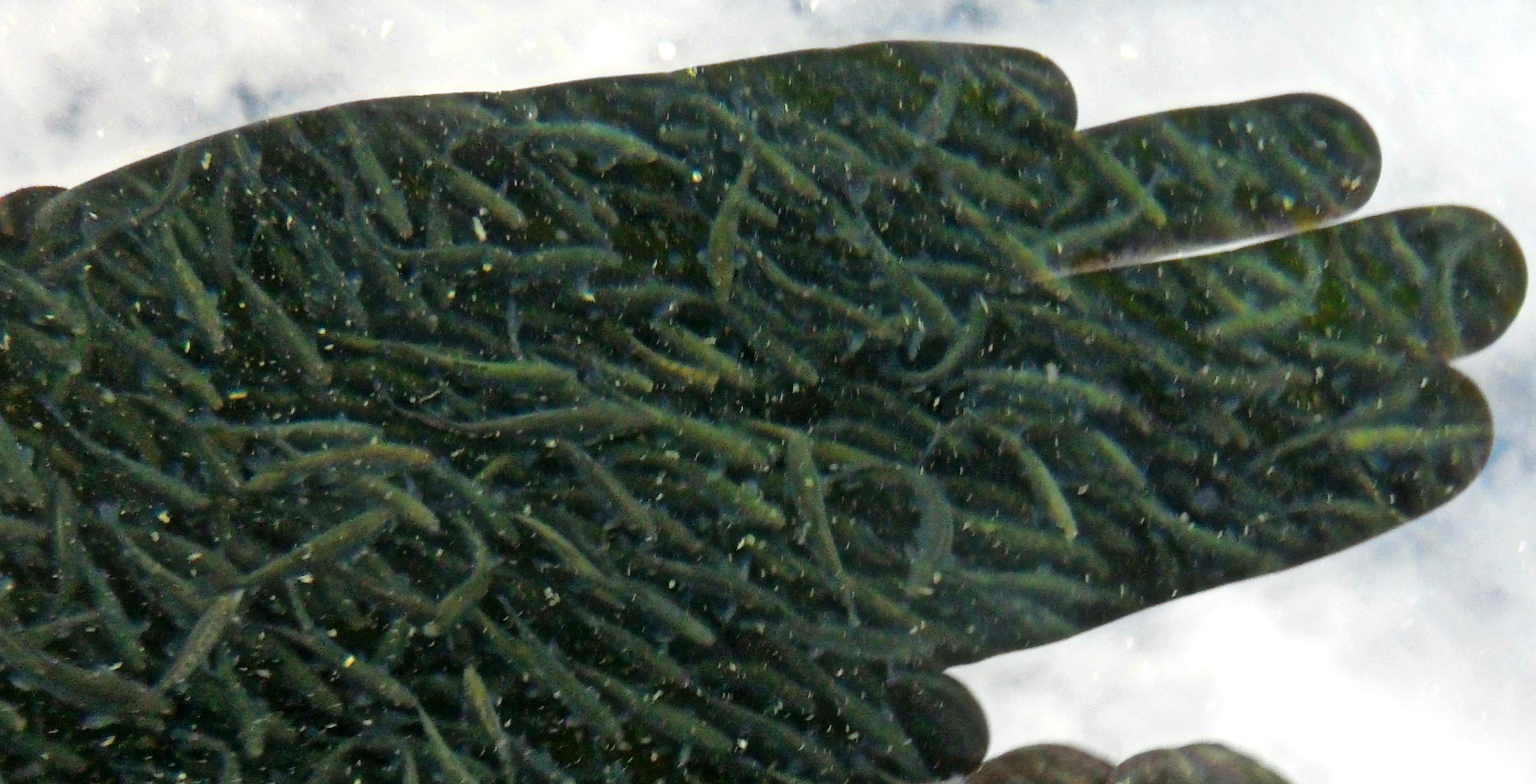 (There were so many baby fish in there, it looked like the bottom of the pool was black)

So, the next time you are heading through Arlee, if you aren’t on a time crunch, I suggest you stop by the Jocko River Trout Hatchery, just off of Hwy 93, and make sure you say hello to Ron and take a look and see how big the big rainbows have gotten.

Be sure to post any pictures on our Facebook page (www.facebook.com/montanaoutdoor) when you do make it there!

(Video below is what it looks like when you feed the fish:)