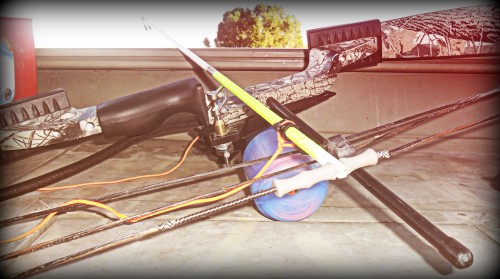 Although neither of us had a lot of experience bowfishing (Jason Maxwell, of Missoula, had never even shot an arrow at a fish before the tournament, and I, Angela Montana, had gone eight years without shooting carp with my bow), we were still certain that we would end the 2013 Canyon Ferry Carp Safari with, collectively, at least 500 carp–well, one of us was certain, anyway.

Let me just say that we weren’t even close to reaching our goal.  With losing more fish in the water than we actually brought into the boat, we ended the competition with a whopping 8 total carp at the weigh-in.  At least we found the honey hole, and we are prepared for next year.

This year, there were 100 registered carp shooters at the Canyon Ferry Carp Safari, hosted by the Montana Bowhunters Association, and females dominated the youth category, while men came out on top in the adult category.

The winners of the 2013 Canyon Ferry Carp Safari are as follows:

Check out the following pictures that summarize Jason’s and my experience at this  family-friendly, fun-filled bowfishing event: 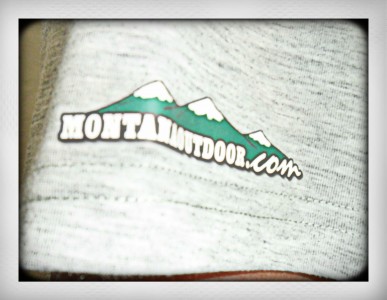 Our official gear for all of our fishing/hunting events and outings…do you have yours?? 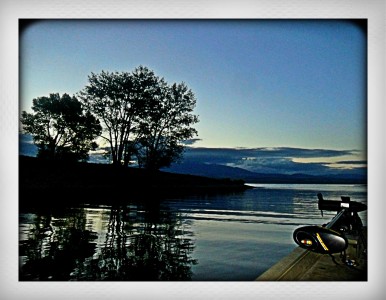 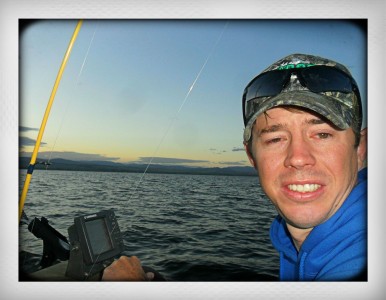 When Jason didn’t seem too sure about where to go for the carp, this was the look he gave me when I promised him they were out there….somewhere 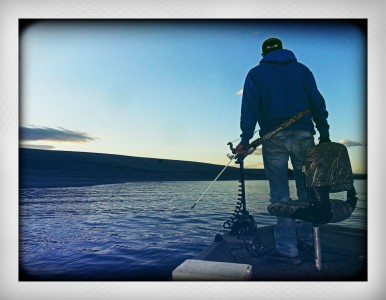 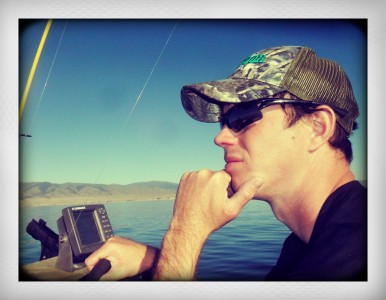 Jason was contemplating his next move here…what did we need to do to make this happen?? 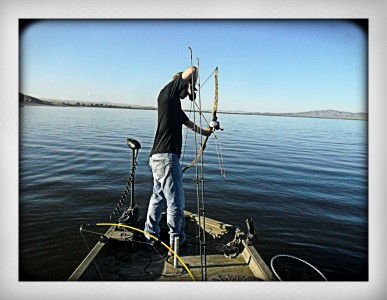 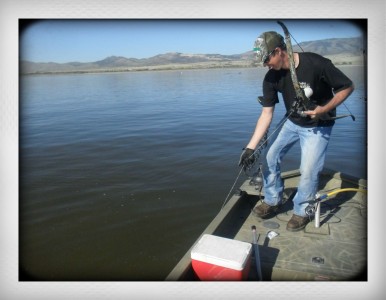 BULLSEYE!! Reeling it in… (checkout the look on his face–priceless) 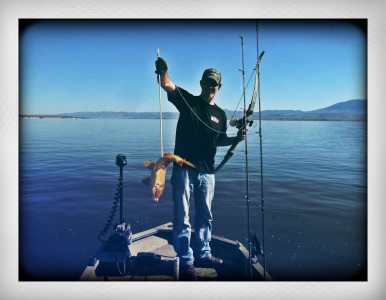 WOOHOO! Jason shot and retrieved his first carp!  NOW, he was on a mission… 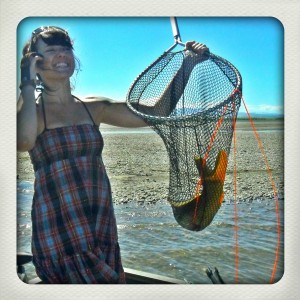 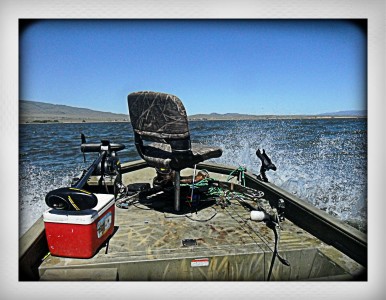 Although the sky was clear, the wind picked up, producing unexpected 3-4 feet waves – even though you can’t see them in the picture, they were definitely there…the boat was struggling! Time to head to shore through what felt like “the perfect storm” 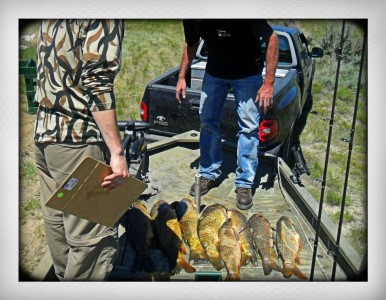 back at Hellgate campground, it’s time for the count…..yep…we lost at least 10 of them, and we ended up bringing back a whopping 8 carp…lol 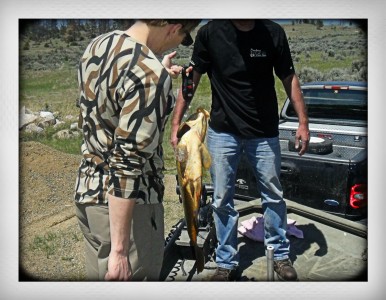 The biggest one i shot weighed 10.5 lbs….unfortunately, it didn’t beat the current biggest of 12.2 lbs (Joelle Selk of Montana Bowhunters Association pictured with Jason Maxwell) 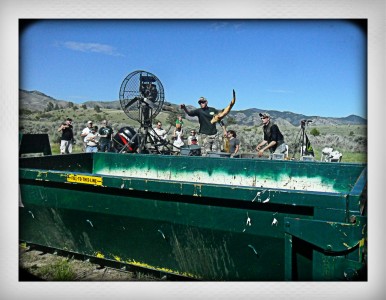 the other participants were weighing in now….the carp were thrown in the dumpster, to later be taken to the landfill 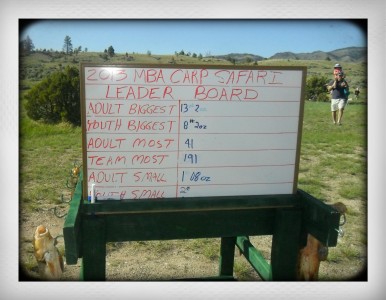 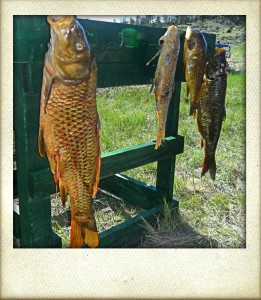 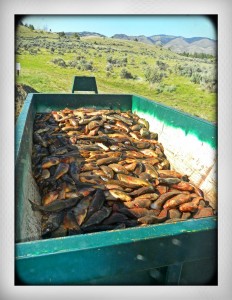 these are all of the carp that were taken from Canyon Ferry reservoir after the carp safari event…not even a fraction of the population still swimming around out there.. 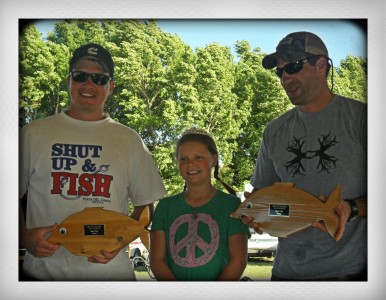 Award ceremony – Remi Barube and Brandon Matson are pictured – the team that won the most fish award at 191 count.  Also, Isabelle Sager beams in the middle after being crowned the new Carp Princess. 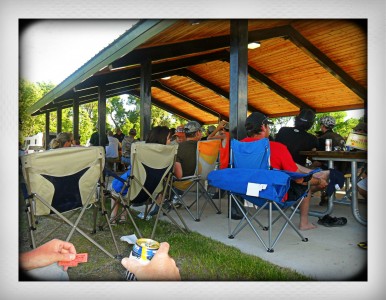 BBQ and hang-out time post-award show…raffles and prizes…fun for all! 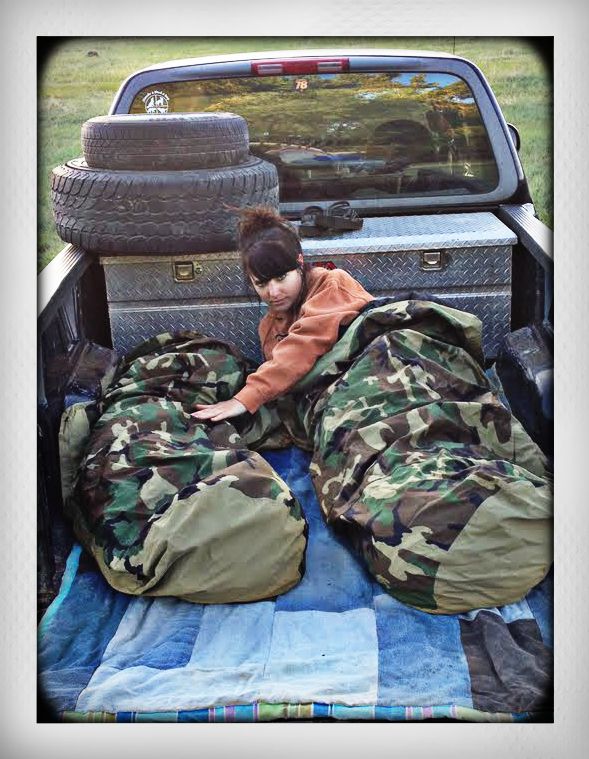 long day in the sun and on the water…post-carp shooting….awesomely exhausted at just 830pm. lol 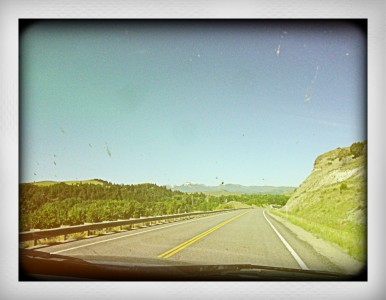 back on the road to Missoula on Sunday morning….looking forward to next year’s carp safari! Fishing and fun…what more could you want from a Montana weekend?