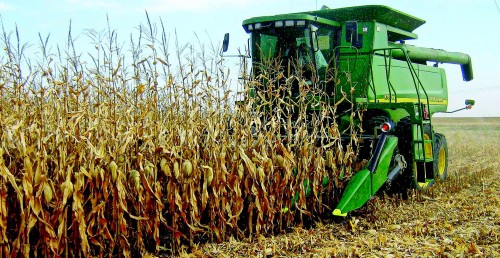 Hunters and Anglers: Be Careful Where You Nap…
By angelamontana

When you’re out hunting or fishing, naps are a part of the day for many, but the following story will make you think twice about WHERE you decide to snooze.

According to an article posted on huffingtonpost.com, this past November, a 57 year-old man that was traveling the country decided to take a nap three rows deep in a corn field just outside of Billings.  He hadn’t intended to fall asleep–but he did.

He woke up to combine blades cutting him, while his clothes were being sucked into the equipment.  The farmer driving the harvesting machine felt as if he hit something and was surprised to hear screaming when he turned off the combine.

The article quoted Sheriff’s Lt. Kent O’Donnell, of Yellowstone County, saying that the man, whose name was not released, suffered cuts requiring stitches and may need skin grafts, but given the circumstances is “incredibly lucky.”

So, if you’re ever hunting or fishing near some farm land, and you just can’t resist the urge to take a nap in a corn field, or any crop field for that matter, maybe you should think again.