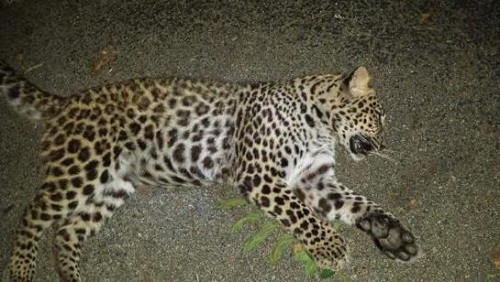 Leopard Mistaken for a Bobcat Killed Prowling Backyard
By angelamontana 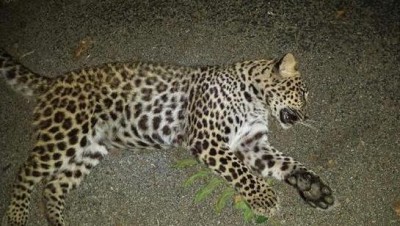 In Indiana, it is legal to keep an exotic animal as a pet as long as you have a permit.  Being that leopards are not native to North America, nor Indiana, discovering a leopard came as quite a surprise to a woman and her boyfriend in southern Indiana that were trying to protect their cats from what they thought was a bobcat.

According to an article posted on abcnews.com, a neighbor of the woman that found the leopard said that the woman and her boyfriend were up all night trying to catch the “bobcat” that had been reported as the killer of several animals in the neighborhood recently.  This woman’s cats are her family, and she was on a mission to protect them.

Apparently, when the woman’s boyfriend saw movement in the woods, he took a shot at the alleged bobcat and killed it.  After walking up to it, to their surprise, they discovered it was not a bobcat at all, but it was a leopard!

The zoos and wildlife refuges say that they are not missing any of their leopards, so the only assumption is that it was somebody’s pet–only nobody has come forward.  If anybody out there does have information on where the animal came from, they are being asked to please contact the Indiana Conservation Officers Central Dispatch at (812) 837-9536 or 1-800-TIP-IDNR.

I’m not really sure what I would do if I was going to legally shoot a bobcat, and I ended up accidentally shooting a leopard.  That would be quite the surprise.  They are still trying to find out where the leopard came from.