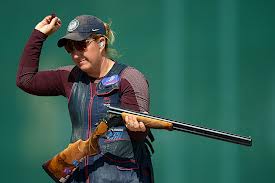 The modern skeet game pretty much came into being in the 1930s. The National Skeet Shooting Association (NSSA) was formed and held its first National Championship in Cleveland, Ohio in August 1935. The National Championship rotated around the country to cities such as St. Louis, Detroit, Tulsa, Syracuse, NY, Indianapolis, and even San Francisco. Famous actor, Robert Stack was one of America’s early champions. 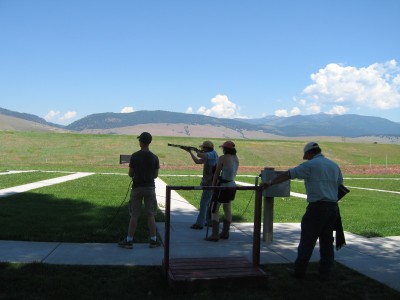 During WWII, the championship ended and with that end, civilian skeet became almost non-existent. During the war the Army Air Corps recognized the importance of skeet shooting in training gunners. Elite level skeet shooters were frequently used as gunnery instructors. 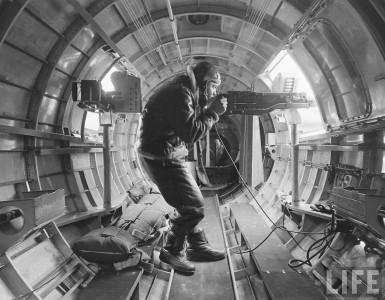 On a personal note, my Dad spent 3 years at Nellis Air Base outside Las Vegas during WWII. Dad was a gunnery instructor sergeant flying in B-17s. Daddy didn’t ever shoot skeet competitively, but he was one hell of a wing shot. I am very proud of his service and glad that I inherited some of his shotgunning prowess. 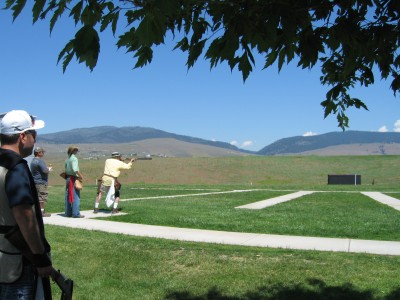 When the war ended and the soldiers came home, a resurgence occurred in the clay target sports. With the help of the National Rifle Association, a no-interest loan and office space in Washington, D.C., the NSSSA was reorganized and incorporated in 1946. With this new start, the National Championship was reinstated in Indianapolis. 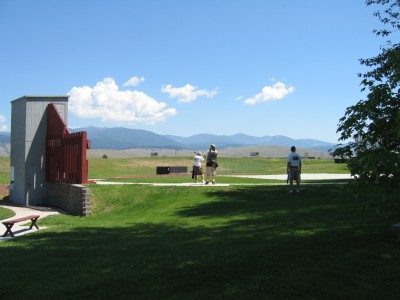 In 1949, the NSSA moved to Dallas and in 1962 the championship was renamed “The World Shoot” and held in Quebec, Canada. Later, the NSSA relocated to its current home in San Antonio, TX. A few World Shoots were held in Savannah, GA, but the permanent home is now in San Antonio. In addition, the NSSA’s sister organization, the National Sporting Clays Association shares the same site. It is quite a complex in a great city and well worth a visit. Today’s World Shoot hosts about 1000 competitors each year. They come from not only the US and Canada, but from all over the globe. 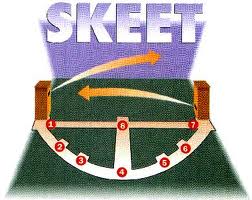 We’ll take a look at the intricacies of the skeet game in some future posts; but next week-Sporting Clays.

I have several spots left in this month’s pistol courses; for more information or to sign up, go to www.guncoach.net.