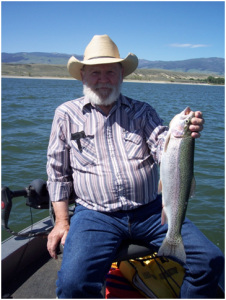 “Rapala’s Done It Again!” by Woody of Woody’s Lures
By angelamontana

We at Woody’s pride ourselves not just in building and providing great fishing lures, but we almost always exclusively use them. But sometimes conditions dictate we need to switch to lures from another builder. When this happens I almost always go to a product by Rapala. These folks have been making lures since 1936 & are always looking to improve or build new stuff. Many of their lures are mainstays in tackle boxes all over the world. 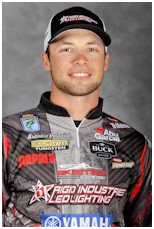 Well they’ve done it again. Brandon Palaniuk a B.A.S.S. pro and guy I know from his days with the State BASS organization, has been doing some advertising for Rapala on the newest and coolest thing from them. It’s the new “Scatter” adaptation they’ve added to many of their original lures.

He says you just have to try these babies out, their awesome! Seeing that in just 3 years on the BASS circuit, a major win under his belt and over $300,000.00 in winnings he knows what he’s talking about.

On most jerk, crank & rattle baits there’s a lip, usually clear in color. Many different shapes for many different actions, shallow diving, deep diving, very deep diving, noise producing, structure deflection, etc. The one thing all of these lures do is run straight. That’s where the new Scatter lip comes in. It’s designed to run erratically back and forth. The lip or bill is spoon or scooped shape and has been adapted to the Original minnow, countdown and shad raps.

Well I help sponsor a Family Fishing day for folks who don’t get a chance to fish or fish very much each year. Last Saturday (June 8th) we had our 6th annual Alliance Family Fishing day at White Earth campground on Canyon Ferry. Prior to this day I was in Helena and was able to find a few of these new lures in stock. So I bought 1 each of the Countdown and Shad rap type baits with this new Scatter lip.

Fishing was slow, but fish were out and about. In my boat we found that the #5, Perch color Shad Rap with the deep runner lip to be the best producer of Rainbows. These fish strange as it was were still in spawning mode, many fish being females with eggs being discharged. Several of the other boats didn’t have the Shad Reps, so I emptied my box of these lures and gave them to the other boat captains. This worked and folks started catching a few fish in the other boats. Seeing that I had the chance I decided to put one of the new Scatters out. Dan Norvell of Townsend, who fishes with me off and on volunteered to break in the “Scatter Rap Shad”. It was a #5 in Crawfish, on #6 lb. Fluorocarbon on spinning gear and he commenced to hammer the rainbows. It was his 4 fish to everyone’s 1.

Now I’m looking at online and everywhere they’re back ordered. Seems like Rapala’s got another winner on their hands. Looking forward to trying these bad boys on other fish and waters.

P.S. Anyone hear of a big shipment of these someplace let me know!

(written by Woody of Woody’s Lures of Townsend, MT)