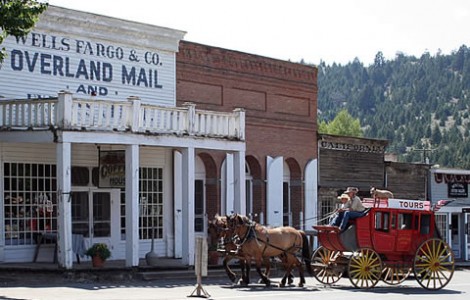 Virginia City Celebrates 150 Years of History This Year
By OutdoorAly

Montana’s living ghost town, Virginia City, will celebrate its 150th anniversary this year by hosting events every weekend through Labor Day. It’s been 150 years since the discovery of gold in Alder Gulch, and the community once had a population of over 10,000 in 1864, making it the largest town in the inland Northwest at the time. And like many once booming mining towns, when the gold diminishes, so does the population; Virginia City now has a year round population of around 150.

Virginia City was the outfitting point for trips to the Yellowstone area during the 1860’s and 1870’s, and the town served as the first administrative site for the park when it was designated as America’s first National Park in 1872. 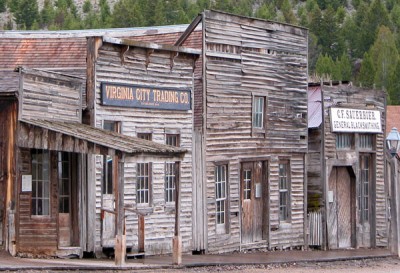 It remains a popular stop over for Montana visitors headed to Yellowstone, and for hunters and anglers in the area. Visitors walk the same boardwalks that desperate vigilantes once patrolled. Guests are transported to a time when rowdy miners mingled in saloons and restaurants with women of negotiable affection. And this summer visitors will get to enjoy extra activities. 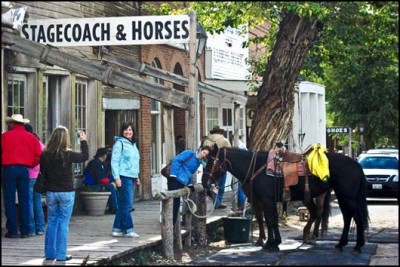 Here are a few of the festivities planned:

— From the Tribune week of May 26, 1963
VIRGINIA CITY – Trained police dogs and seven Montana highway patrolmen moved into Virginia City on Saturday to quiet down a gang of an estimated 300 beer-drinking college students creating a disturbance on the eve of Alder Gulch’s 100th birthday. The four bars in town were forced to close as students, largely from Montana State College in Bozeman and Western Montana College of Eduction in Dillon, mulled about the board walks of the tourist-packed restored mining camp. Bewhiskered Mayor Walter Myers, attired in 1863 style, accused the 1963-style college students of spoiling the historical celebration.