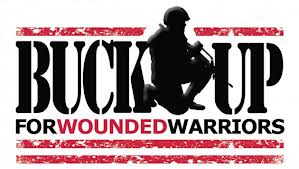 MISSOULA – Bob Ward & Sons’ 10th Annual Shooter’s Weekend will be held on August 3rd and 4th. Proceeds from the shooting demo this year will again benefit Buck Up For Wounded Warriors. Bob Ward’s has teamed up with hunting brands Federal, Remington, Browning and Vortex Optics, to raise funds for “Buck Up”, whose mission is to provide Combat Veterans and their Families with a Support Team, tools, and training required to successfully transition into their community as a productive and independent survivor.

On Saturday, August 3rd, the shoot will be held in the Missoula area at Deer Creek Shooting Center.

On Sunday, August 4th, the shoot moves to the Butte area and will be held at the Rocker Gun Range.

Times for both events are 10am – 4pm. There is no charge for spectators, but there is a charge to demo guns and shoot. Proceeds from shooting tickets in the past have been donated by Bob Ward’s to various outdoor and sporting related causes. We are excited to again partner with Buck Up for Wounded Warriors.

Shooter’s Weekend is an opportunity for enthusiasts to experience hands on demonstrations of a variety of rifles, shotguns and handguns from a many different manufacturers. Shooters are encouraged to bring friends and family, as this is an event for everyone from novices to experts. Bob Ward’s experienced staff, vendors and volunteers will be on hand to assist all shooters. Children under 18 years must be accompanied by a parent in order to shoot.

Bob Ward’s is Montana’s oldest and largest sporting goods retailer with stores in Missoula, Butte, Helena, Hamilton and Bozeman, and online at www.bobwards.com. In June, the company celebrated its 96th anniversary.